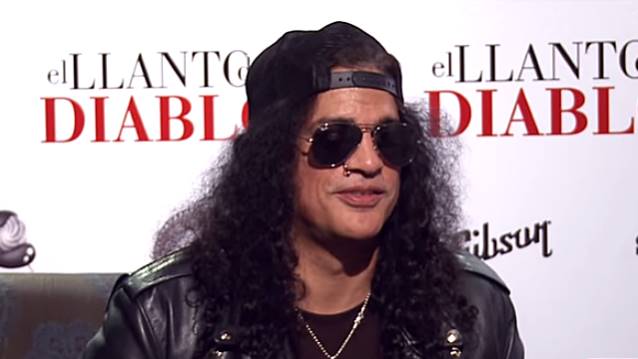 On June 18, legendary guitarist Slash (GUNS N' ROSES, VELVET REVOLVER) spoke to Mexico's ActitudFEM while promoting this month's Mexican release of Slash's first effort as a film producer, a horror movie called "Nothing Left To Fear". You can now watch the chat below.

"Nothing Left To Fear" opened in limited release in American theaters on October 4, 2013. The movie, directed by Anthony Leonardi III, stars Clancy Brown, Anne Heche, Rebekah Brandes and more in a tale about a pastor and his family who encounter supernatural evil when they move to the town of Stull, Kansas, which is said in real life to sit over a gateway to hell.

Slash told The Pulse Of Radio what it was like to produce his first film and how it compared to making records. "Producing a film is definitely more complex," he said. "It's a slow process, raising money is very difficult, but I mean, I really enjoyed it, a) because I have such a passion for what it is that I want to do in film, and I love being involved in the process of development, and finding the right people, getting all the right components together to hopefully make a great movie, you know."

The ex-GUNS N' ROSES guitarist also wrote the score and the closing credits song for the film, which hit DVD and Blu-ray on October 8, 2013.

"Nothing Left To Fear" was produced under the Slasher Films banner, which Slash launched three years ago with some partners to produce horror movies.

Slash told Rolling Stone that he is reading through scripts to find the next project for the company, adding that he wants it to be a "creature feature."

Slash says that the scariest movie he's ever seen is the original "Night Of The Living Dead". He told Rolling Stone, "'Night Of The Living Dead' was a very ominous, haunting and brutal movie, and I remember specific scenes that have stayed with me all these years. Since then I'm more fascinated in — I love creepy stuff. I don't go for psycho movies or people that run around killing each other." 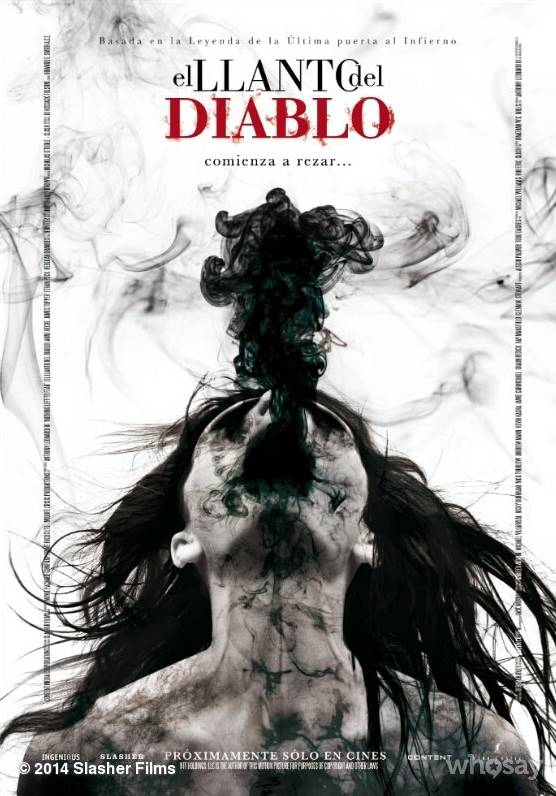