SLAYER will embark on the European leg of its "farewell" tour in the fall. Support on the trek will come from LAMB OF GOD, ANTHRAX and OBITUARY.

SLAYER kicked off the first leg of its farewell world tour with a May 10 concert at San Diego's Valley View Casino Center, with U.S. dates running through August 26 at San Jose, California's SAP Center. 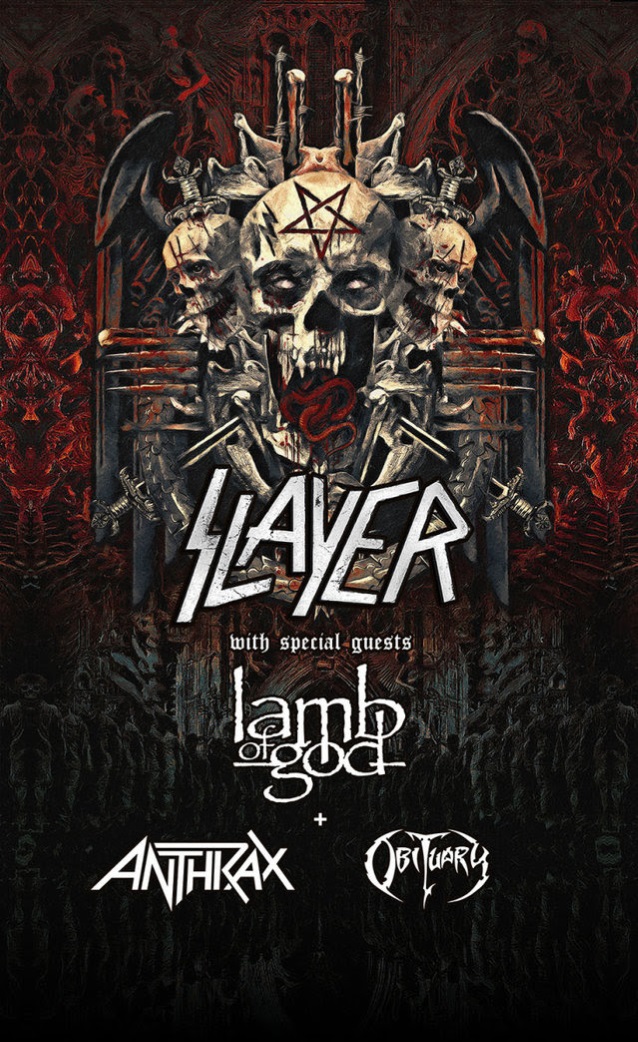