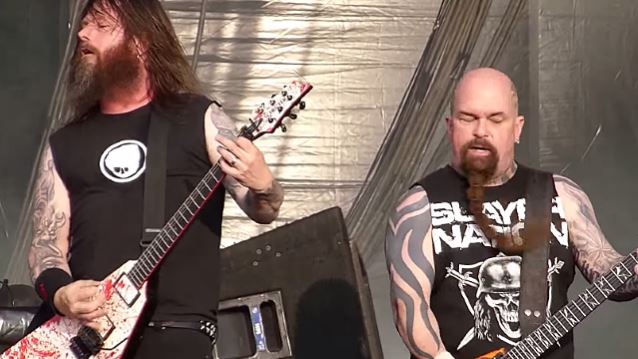 SLAYER is among the confirmed artists for the the 2015 Bonnaroo Music and Arts Festival. The 14th annual four-day camping and music festival will be held on June 11-14 in Manchester, Tennessee, 60 miles south of Nashville.

Headlining the event will be BILLY JOEL, MUMFORD & SONS, DEADMAU5, KENDRICK LAMAR, FLORENCE AND THE MACHINE, ROBERT PLANT AND THE SENSATIONAL SPACE SHIFTERS, MY MORNING JACKET, BASSNECTAR and ALABAMA SHAKES.

This year's Bonnaroo lineup was reavealed using fans' social-media accounts. Fans called a designated toll-free number earlier tonight (Tuesday, January 13) to get an act's name, then shared the name via Instagram, Twitter and Vine using the hashtag #bonnaroo. The event was called BLAM (Bonnaroo Lineup Announcement Megathon),and anyone with a phone and a social media account was able to participate. 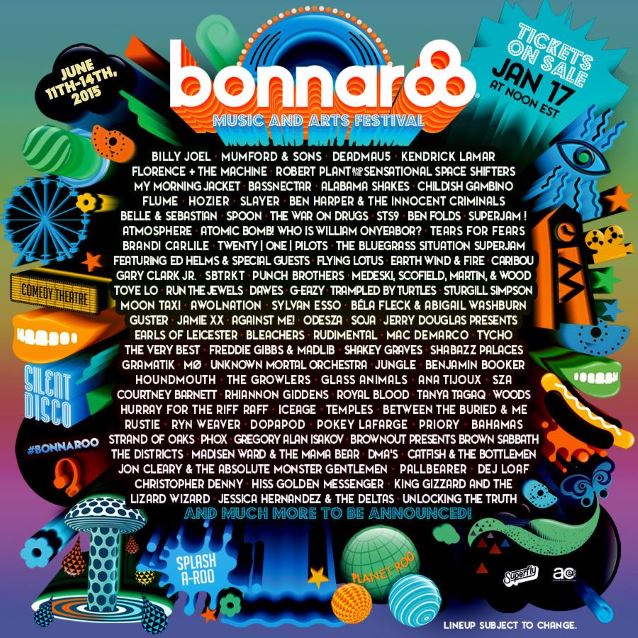