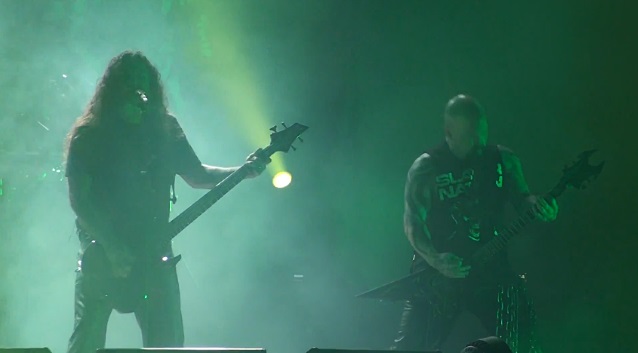 Fan-filmed video footage of SLAYER's August 2 performance at the See-Rock festival in Graz, Austria can be seen below.

SLAYER surprised the capacity crowd at this past April's Revolver Golden Gods awards in Los Angeles with an unannounced performance, kicking off the show with a three-song set that included the global premiere of "Implode", the band's first new studio recording in five years.

Recorded in April at Henson Studios in Los Angeles and produced by Terry Date and co-produced by Greg Fidelman, "Implode" was made available as a free download as a "thank you" to the band's fans for their continued support.