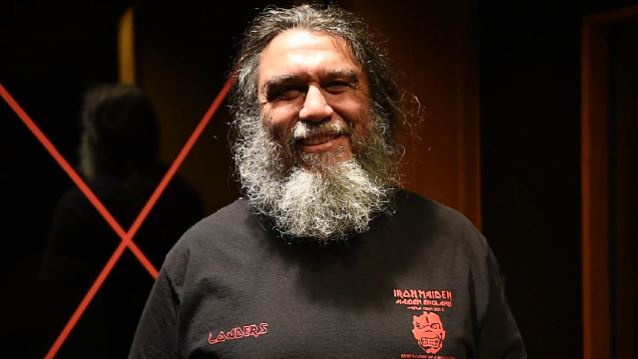 SLAYER fan Jake, who shot a near-perfect spoof of Matthew McConaughey‘s Lincoln commercial in an attempt to sell his car in order to raise money for tickets to the band's concert in Los Angeles in Los Angeles next month, has been rewarded for his creativity. After seeing Jake's clip — which was actually produced by the experts at the Merit/Andrew ad agency, where Jake reportedly works as a production coordinator — the members of SLAYER decided to give Jake tickets to the show.

A video message from SLAYER bassist/vocalist Tom Araya to Jake can be seen below.

Comedian and actor Jim Carrey recently made headlines with his parody of McConaughey's Lincoln ads during Jim's guest-hosting appearance on the October 25 episode of "Saturday Night Live". Others who have mocked McConaughey's trippy stream-of-consciousness narrations of his wanderings in a Lincoln MKC SUV include Conan O'Brien, "South Park" and Ellen DeGeneres.