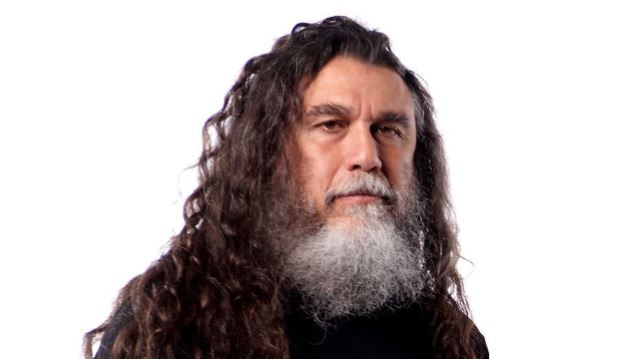 SLAYER's TOM ARAYA Weighs In On Gun-Control Debate: 'You Should Be Able To Protect And Defend Your Country'

SLAYER frontman Tom Araya has weighed in on the debate about gun control in developed countries, saying that people need to be able to protect themselves from "invaders."

In the wake of the recent massacre in Orlando, which killed 49 people, many Americans feel that the U.S. needs tighter gun control in order to curtail the ongoing gun violence. A recent poll showed a majority of Americans narrowly support an assault weapons ban yet also support carrying guns for self-defense after the Orlando shooting.

While introducing the song "Mandatory Suicide" during last night's (Monday, June 27) SLAYER concert in Pratteln, Switzerland, Araya voiced his opinion on the subject, telling the audience (see video below): "Is it true that every household has to own a rifle or a gun? No? I thought everybody was supposed to have a rifle or a gun in their home. It's not right? How else are you gonna defend your country?"

He continued: "Where you are in the world, you need to protect yourselves. Not from each other, but from invaders. And you know what I'm talking about, right? You should be aware of your invaders — people that come here to do you harm. It's not right. You should be able to protect and defend your country. That's the way it should be everywhere. 'Cause when you don't have anything to protect yourself or your fellow countrymen, what happens? People fucking die. They do! Don't they? Yeah. Did you see it going on?"

Araya added: "I'm not gonna name names, but you can see what's going on in other countries. 'Cause they can't protect themselves. And that's what I'm talking about: being able to protect yourself and your fellow countrymen and your fucking country. I'm being serious, man. This isn't a fucking joke. You know, it really sucks to know that other people die, because you can't protect them. That fucking sucks."

As previously reported, SLAYER will join forces with special guests ANTHRAX and DEATH ANGEL this fall for a seven-week North American beat down. The dates start in Cleveland on September 9 and will hit both major and secondary markets across the continent.

SLAYER is continuing to tour in support of its latest album, "Repentless", which debuted at No. 4 on The Billboard 200, having shifted 50,000 equivalent album units in the week ending September 17, 2015.