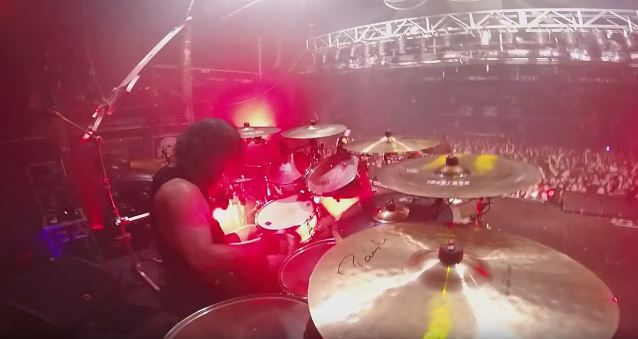 Drum-cam footage of SLAYER drummer Paul Bostaph performing the song "Hell Awaits" during the band's November 3 concert in Barcelona, Spain can be seen below.

"Repentless" debuted at No. 4 on The Billboard 200, having shifted 50,000 equivalent album units in the week ending September 17.

"Repentless" was released on September 11 via Nuclear Blast.