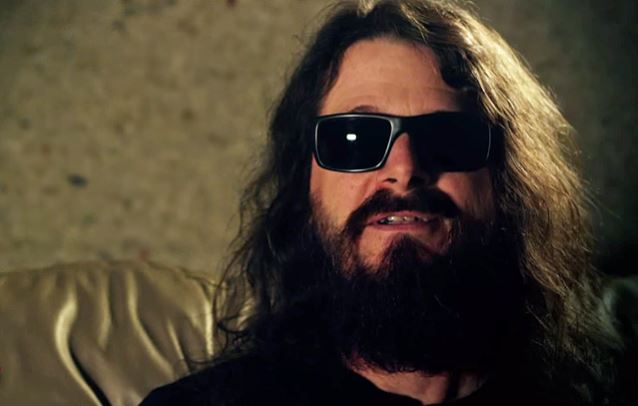 SLAYER's PAUL BOSTAPH: 'It's Not Easy To Try And Emulate' What DAVE LOMBARDO Does

In a brand new interview with SF Station, SLAYER drummer Paul Bostaph was asked if it gets any easier replacing the band's original drummer, Dave Lombardo, now that he has done it several times over the course of the last couple of decades. He responded: "No, it doesn't get any easier. I think all the preparation I've done in the past, learning the material and trying really hard to be authentic as possible, I don't really need to do that now, though now there's a whole bunch of other songs I never played with the band. It never gets easy. Let's face it, Dave is one of the top drummers. It's not easy to try and emulate what he does. Just do your homework, and if you do it well, you'll be prepared."

Regarding what the major differences are about being in SLAYER now and how it was back in the early '90s, Bostaph said: "We're all a little more mature.; a little bit wiser. Some of us go to bed earlier than we used to. We don't burn the candle at both ends, and guys have families. Twenty years ago maybe they didn't, and now they've got children growing up, graduating from high school. We're not little kids anymore."

Bostaph, who was previously SLAYER's drummer from 1992 until 2001 and recorded four albums with the band, rejoined SLAYER in 2013 after Lombardo was effectively fired from the band due to a contract dispute with the other members of the veteran California-based thrash metal act.