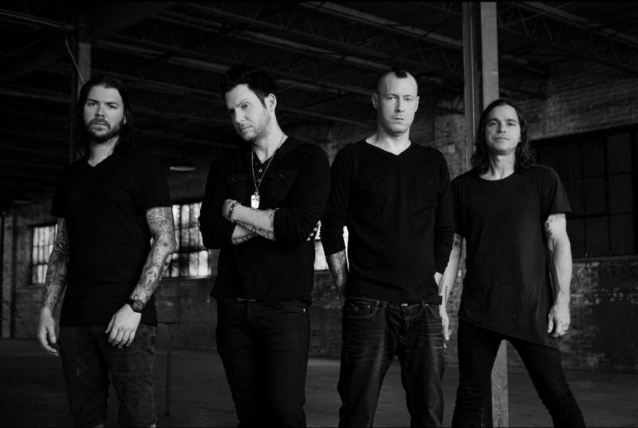 SLEEPKILLERS, the band featuring Damien Starkey (PUDDLE OF MUDD) on vocals, Sam Rivers (LIMP BIZKIT) on bass, Adam Latiff (PUDDLE OF MUDD) on guitars and Bobby Amaru (SALIVA) on drums, has unveiled a new music video for the single "Drown". It was directed by David Borges, who did the same honors for the band's debut video and single, "Dirty Foot".

"Drown" and "Dirty Foot" are both taken from SLEEPKILLERS' self-titled debut album, which was released on March 1.

Sam told Media Mikes about how SLEEPKILLERS was formed: "As far as the writing that went into this first record goes, it was me and Damien Starkey. I was living in Jacksonville at the time and we had been talking on the phone about getting together and doing some jamming. I ended up going over to his studio, and after a couple of hours of just having fun, we had the basis of three songs. We wanted to keep going so we just dove in. Soon after that, LIMP BIZKIT was going back on tour and Damien had some stuff of his own going and we kind of lost touch. During that time, we had both played the tracks for people and they kept saying we should turn what we had into a full-length record. About a year and a half later, we reconnected and after a couple bumps in the road we are here now with a finished record."

As for how the rest of the band came into the picture, Sam said: "Bobby Amaru came in when we were still working on some of the songs. He helped us really turn things around. Adam Latiff didn't come in until later. This was going to be just a small project for Damien and me, but we took it further and needed people to play live. Bobby wanted to play drums and we couldn't disagree. He may be the singer of SALIVA but he is one hell of a drummer. Adam was a friend of Damien's for a long time and now he and I are friends and he is just a great fit and an amazing guitarist."