SLIPKNOT has announced a live return, unveiling details of its massive "Knotfest Roadshow" headline tour set to traverse across North America this summer. VOLBEAT, GOJIRA and BEHEMOTH will join as special guests on all dates. Produced by Live Nation, the 29-city outing will kick off July 26 in Mountain View, California at Shoreline Amphitheater and continue through September 8 where it will conclude with a performance at Cynthia Woods Mitchell Pavilion in The Woodlands, Texas.

SLIPKNOT has also revealed that it will release its long-awaited new studio album on August 9. Each pair of tickets purchased online for SLIPKNOT's 2019 tour comes with a digital copy of the album. Further instructions will be available upon purchase with additional album details to be revealed in the coming weeks.

SLIPKNOT's sixth album is once again being recorded at a Los Angeles studio with producer Greg Fidelman, who engineered and mixed the band's 2004 LP "Vol. 3: (The Subliminal Verses)" and helmed 2014's ".5: The Gray Chapter".

A new SLIPKNOT song, "All Out Life", was released last October. The official music video for the track was directed by the band's own M. Shawn Crahan.

Singer Corey Taylorrecently described the band's new music as "evil," adding that the follow-up to ".5: The Gray Chapter" is "going to be ridiculous."

According to Taylor, "All Out Life" isn't "nearly as dark and vicious as the rest of the stuff that we have that we're working on." 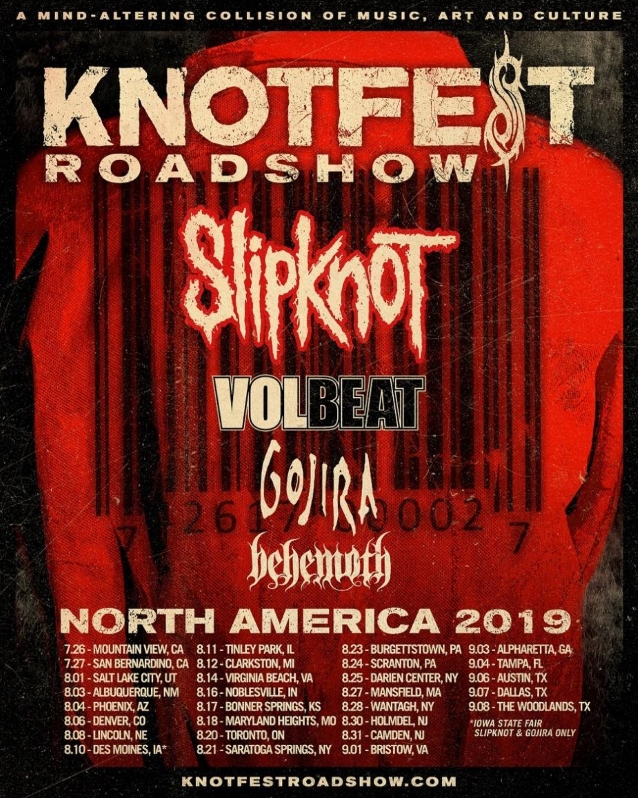