SLIPKNOT, BRING ME THE HORIZON, RAMMSTEIN, Others Honored At 'Heavy Music Awards'

The fourth annual Heavy Music Awards, presented by Amazon Music UK, premiered as an ambitious virtual event, streamed live on the Amazon Music UK Twitch channel. It featured a live interactive pre-show hosted by Kerrang! Radio presenters Sophie K and Jon Mahon and live performances from the studios of AfterLive Music by THE HUNNA, HOLDING ABSENCE, HEART OF A COWARD, WARGASM, COLDBONES and HAWXX. Due to originally take place at London O2 Kentish Town Forum, the night marked another year of success and celebration of talent across the entire creative landscape in the rock and metal communities, with 12 awards handed out in total.

SLIPKNOT enjoyed the greatest success on the night, taking home "Best International Band" and "Best Album" for their acclaimed 2019 LP "We Are Not Your Kind". In his acceptance video, SLIPKNOT's Shawn "Clown" Crahan said: "It only means what it means when it's voted by you, the fans, all around the world."

Sheffield's BRING ME THE HORIZON made Heavy Music Awards history by becoming the first artist to retain an award — picking up "Best UK Band". Frontman Oli Sykes echoed SLIPKNOT's sentiment about fan participation in a video message from his home.

German heavyweights RAMMSTEIN landed the "Best Live Band" award, following a series of seminal stadium shows in 2019. In a collective message, RAMMSTEIN said: "It's always special to receive recognition for doing something you believe in, and when that recognition comes straight from the fans, it means a great deal."

In a brand new category for 2020, "Best Video", DON BROCO landed their first Heavy Music Awards in recognition of their clip for "Action". Frontman Rob Damiani was effusive in his praise of director Benjamin Roberds and producer Katie Gregg: "We've made six videos in total with them, and by far it's been the best experience we've ever had making music videos."

Pennsylvania's BARONESS were the recipients of the "Best Album Artwork" gong for "Gold And Grey", with its jawdropping cover created by the band's frontman John Dyer Baizley. On winning their first-ever Heavy Music award, the charismatic vocalist said: "This means the world to us. It's been an incredibly strange year, and we cannot wait to get back out on tour!"

The two "Breakthrough Band" awards were picked up by acts at the opposite ends of the heavy music spectrum — with Australian metalcore five-piece POLARIS landing "Best International Breakthrough" award, while NOVA TWINS — fresh from their performance at the Heavy Music Awards in 2019 — were victors in the fiercely contested "Best UK Breakthrough" category.

NOVA TWINS' Amy Love saw significance in their win: "It's so incredible for us, especially as women of color, winning these rock awards, because you don't see it that often. Let's keep pushing forward, keep diversifying the space — there's room for everybody."

Love's bandmate Georgia South added: "It feels like a win for the whole community of POC alternative fans, the LGBT community, any minority group that feels that the doors were not open for them — this is another door open for us all."

Meanwhile, speaking from Sydney, POLARIS's Jamie Hails and Rick Schneider were humbled by the win: "This snuck up on us with everything that's been going on, but it's reminded us of all the fans we have out there and it really does mean a lot."

History was made in the "Best Producer" category, with Catherine Marks — who has worked with the likes of FRANK CARTER & THE RATTLESNAKES, THE AMAZONS and Frank Turner — becoming the first woman to win the award. Accepting the award at her studio in London, Marks was quick to praise the other six finalists before adding: "This is such a shock, this is huge — thank you so much, this is such an honor. You don't know how much this means to me. Thank you!"

Hugely respected metal snapper Ester Segarra, also became the first woman recipient in her category taking the "Best Photographer" award, one of the most hotly contested awards. Speaking from Stockholm, Segarra was quick to highlight the sense of unity among the metal community: "It means a lot to have got this award this year. Let's stand united, because united we never shall fall."

In the "Best Festival" category, Download festival took the award for the second time in four years — the first time since the inaugural Heavy Music Awards in 2017 — and the event's mastermind Andy Copping was reflective in his acceptance speech: "It really means a lot to us. A very bizarre year this year, of course, with no festival taking place, but fingers crossed we're going to be back next year, bigger and stronger than we've always been."

And finally, The H — a special award recognizing exceptional positive contribution to the heavy music scene — was given to Dom Frazer and Space, the husband-and-wife team behind Guildford's much-loved Boileroom, a music venue paired with a vibrant creative space that has done a huge amount to empower local and national talent. Alongside her partner Space — who Heavy Music Awards followers may also know as the producer of IDLES' album "Joy As An Act Of Resistance" — Frazer said: "We'd like to accept this award on behalf of all of the crews, and all the people who work tirelessly to make our cultural landscape so amazing. Keep doing what you're doing and together we'll get through this. This means so much. Thank you."

The Heavy Music Awards is an entirely democratic, independent awards program recognizing the year's best in rock and metal. For HMA20, over 600 invited industry insiders nominated their favorites to create the finalists' shortlists, before more than 150,000 votes were cast from over 150 countries to decide the winners. Originally due to take place at London O2 Kentish Town Forum in May, organizers pivoted this year due to COVID-19 to bring the event which is now an integral part of the live calendar direct to fans' homes. 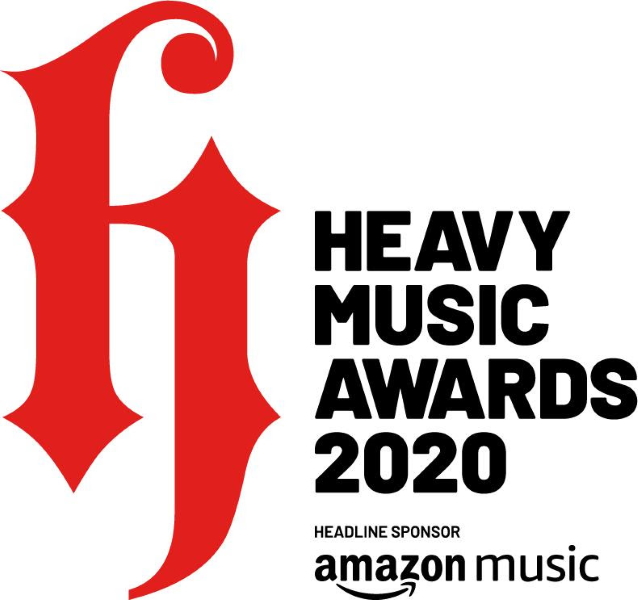