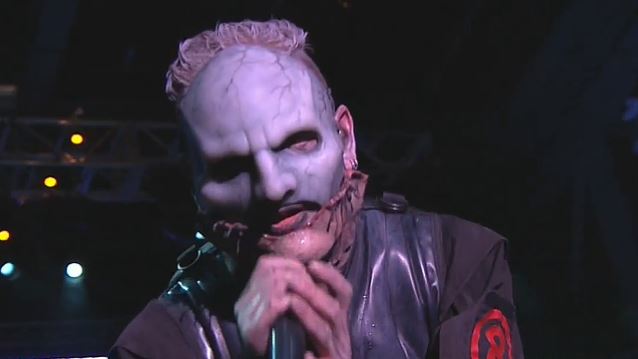 SLIPKNOT: Pro-Shot Footage Of ROCK ON THE RANGE Performance

Professionally filmed video footage of SLIPKNOT's May 15 performance at the Rock On The Range festival, which is being at MAPFRE Stadium (formerly Crew Stadium) in Columbus, Ohio, can be seen below.

SLIPKNOT guitarist Jim Root told the Des Moines Register in a new interview that he's ready for the band to make its sixth studio album and has already written music for it. Root explained, "We haven’t been able to do two albums back to back since our first one and Iowa. We're at a point in our career where the band is on top of its game. If we take two years or however long away, who knows if we could come back? Someone might decide they want to direct or write or other bands' projects might take priority. I plan for the best and expect the worst. I started writing again today. Hopefully the songs will be on a new SLIPKNOT record. If not, I'll find something else to do with them."

It was six years between 2008's "All Hope Is Gone" and last year's ".5: The Gray Chapter", during which the band dealt with the death of bassist Paul Gray in 2010 and the dismissal of drummer Joey Jordison in 2013.