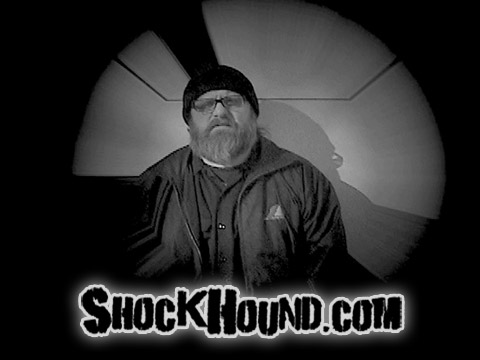 ShockHound has posted a six-minute video clip in which M. Shawn "Clown" Crahan — best known as one of the founding members of SLIPKNOT — introduces his latest venture, THE BLACK DOTS OF DEATH.

While TO MY SURPRISE and DIRTY LITTLE RABBITS paid homage to Clown's musical upbringing on classic rock and pop, SLIPKNOT fans are more likely to embrace THE BLACK DOTS OF DEATH. The band's debut album, "Ever Since We Were Children", will be released March 29 through Sopra Evil/Rocket Science Ventures. There is a familiar dark theme and ominous sound pulsing through the album, which will be instantly recognized by SLIPKNOT fans.

THE BLACK DOTS OF DEATH has allowed Clown to combine art with his music at a new level. The cover art of the album features a baby doll head, and expanding on that, Clown will be offering custom baby doll heads in a very limited series — personally painting and defacing each head, making it a one-of-a-kind piece of art. Other items in CD bundles include an original song composed by THE BLACK DOTS OF DEATH, autographed 8x10s, t-shirts, hoodies, shot glasses and more. Fans can pre-order now at this location. Anyone who pre-orders can forward their confirmation with their name and phone number to [email protected] and each Friday until release date, 10 people will be randomly chosen to receive a five-minute thank-you call from Clown.

Crahan recently told The Pulse Of Radio that he put music aside for a while after SLIPKNOT bassist Paul Gray's death to focus on another passion. "What I've been doing is I've been just shooting photography nonstop, day in, day out, and it's kind of my safety blanket, you know," he said. "Like, if I can't explain my feelings, I grab my camera and I go outside and I find my feelings. You know, I put 'em on film and then I treat 'em and I look at it and I say, 'Well, that's how I feel.'"