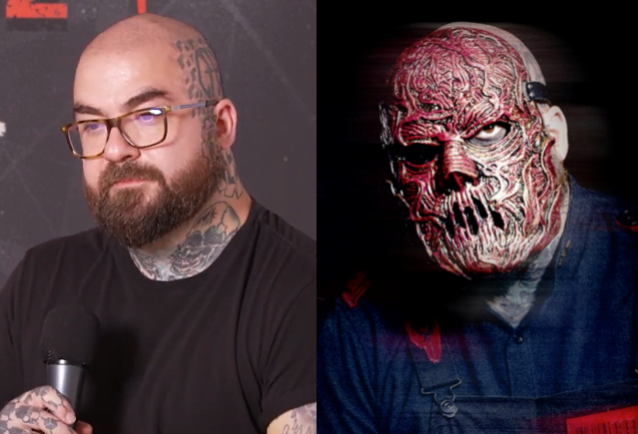 SLIPKNOT bassist Alessandro "VMan" Venturella spoke to Sophie K of Knotfest about the band's upcoming album, "The End, So Far". Due on September 30 via Roadrunner, the LP was produced by SLIPKNOT and Joe Barresi and includes the band's 2021 surprise single "The Chapeltown Rag" as well as the recently released singles "The Dying Song (Time To Sing)" and "Yen".

"It's a journey," Venturella said. "I wouldn't say we're stuck with one bit and it's just heavy.

"Sometimes you listen to an album and it's just like heavy, heavy, heavy for five songs and there's stuff at the end and it doesn't kind of make sense.

"There is really heavy stuff, but also there's a story behind it. And I think the way that the album we put together and pieced together… It tells a story. It takes you places — places I would think that the band haven't been before — and it pops out the other end. And you're in this, like, zen state."

"The End, So Far" follows SLIPKNOT's widely celebrated 2019 album "We Are Not Your Kind", which marked the band's third consecutive No. 1 on the Billboard 200. The release made a massive global impact with No. 1 debuts in the official album charts of twelve countries around the world, including the U.K., Australia, Canada and Mexico, with Top 5 debuts in an additional twelve countries including Germany, France and Sweden.

"The Dying Song (Time To Sing)" arrived last month accompanied by an official music video directed by SLIPKNOT's own M. Shawn "Clown" Crahan. The track garnered widespread acclaim upon its arrival with The Fader declaring "It absolutely rips," and Rolling Stone praising it as a "punishing new elegy."

Venturella began working with SLIPKNOT during the recording of 2014's ".5: The Gray Chapter" album, contributing bass tracks along with guitarists Jim Root and Mick Thomson and former touring bassist Donnie Steele. He made his live debut with the band in 2014 at the first annual Knotfest.

In 2019, Alessandro told Bass Guitar Magazine that he landed in SLIPKNOT after getting a phone call from Root while working with MASTODON as guitarist Brent Hinds's tech.

"Me and Jim became friends while I was teching," Venturella said. "He was asking if I knew any bass players. When I found out what for, I put my hand up right away. He pointed out, 'But you don't play bass?' and I said something to the effect that I could do whatever he needed from me. Then I just had to make sure it was true."

According to Venturella, his role early on in SLIPKNOT was to "fill a great man's shoes and do him justice," referring to original bassist Paul Gray, who passed away in 2010. "My approach isn't the same as Paul's. I can't be him and never will be; every player is ultimately born different. That said, if you listen to Paul's note choices on 'Vermilion', he was all over the shop and it sounded great. I wanted to try things like that.

"After listening to his stems, I honestly looked at bass in a different light and understood how to support everything as the backbone," he continued. "Take the bass out of the mix and everything will fall flat on its arse — and equally, if you mix too bass-heavy, you're not going to get your point across either. Lead guitarists, on the other hand, always need to cut through because that's what the job entails. As the rhythm section, we're there to hold the fort."

Gray passed away from an accidental overdose of drugs. 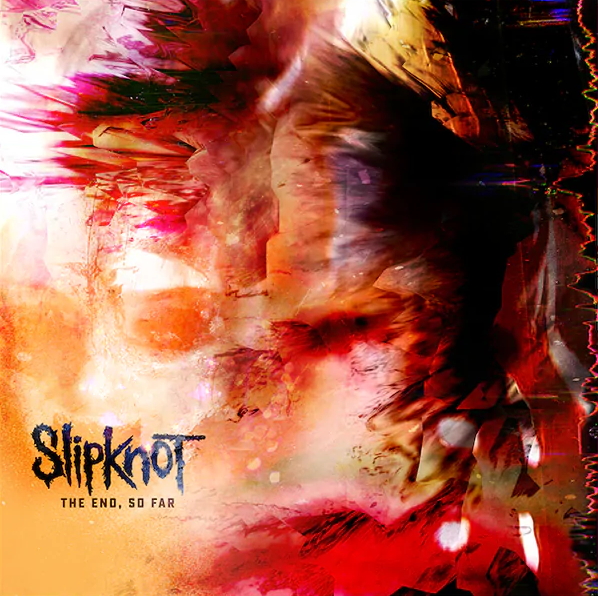