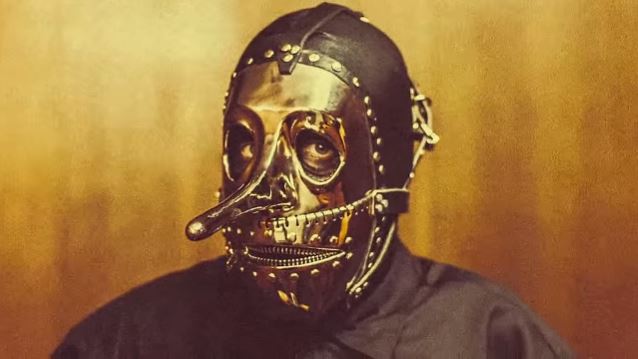 During a brand new interview with Rock Sins, Fehn was asked how he thinks SLIPKNOT would fare as a new band today compared to how it was when the group released its debut album more than 15 years ago.

"I think it's incredibly difficult, because of the way that record sales and everything have dropped off, to get a good contract; being a new band, [it] is nearly impossible.

"The way that the new deals are structured, you know, [the record companies] own everything. So it's like…"

He continued: "It's really sad that record labels are struggling, because they can't… they're just… It's all the Internet. People don't really care anymore about sound quality. It's just eaten up so fast and it's so easy. You know, I'm guilty of it too. I'll buy records off iTunes just because I'm in my car and I want it right now and I do it. I do also have a huge CD collection. I still do buy CDs, but I think…"

Fehn added: "Man, that's a good question. I think that we would still be different than what's out today, and we would still make an impact. So, yeah, I don't know… I think if it started today as versus '99, we would still wanna be seen, I guess."

Asked if he personally gets influenced by newer bands that are out there, Fehn said: "I don't, personally. There's not too many things out that are new that I like. I'm still an old metalhead, I guess. So I continue to listen to that stuff. Once in a while, I'll hear something new that catches my eye, but it's usually something obscure. But other than that, everything's just kind of stale."

He continued: "I appreciate any band that puts out a record and goes on tour and does what we do for a living. It's amazingly hard, you know, and it's difficult to continue to have passion for it on a night-to-night basis, depending on what's going on in your personal life and within the band, within everything. But as far as being a music fan, there hasn't been that next PANTERA to me, there hasn't been that type of band… there hasn't been another KORN. There hasn't been another SLIPKNOT to where I was like, 'Wow, man. I'm totally into it. I would go see the show.' It just hasn't affected me yet like that…. I don't look too hard though either, I really don't. I'm pretty into what I'm in to and it's probably my loss… I'm probably missing out on some things but… it's just I got a lot of other things to do, too."