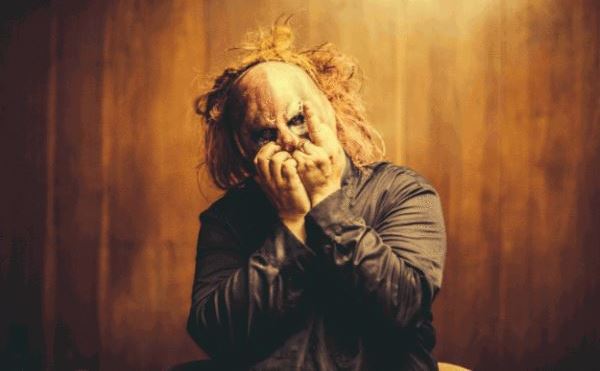 SLIPKNOT's CLOWN: Why Camel S**t Is Right Smell For KNOTFEST

SLIPKNOT percussionist Shawn "Clown" Crahan says that his band's decision to use "camel shit" as the official smell of the group's upcoming Knotfest is rooted in their belief that SLIPKNOT is "not a band anymore," it is "a culture," and every "culture has to have a smell."

In a press release announcing the Knotfest attractions — which include a SLIPKNOT museum, a "Fire Area/Thuderdome," a goat petting zoo and a junk car drum circle — the organizers state: "Knotfest [will have] its own aroma that will infest your brain, body and clothes for days after the festival is over. Personally picked by SLIPKNOT themselves, the smell of Knotfest will permeate the festival grounds. Oil drums will be filled with camel shit… set aflame to last the entire festival."

"We did the camel dung on the first Knotfest. It was awesome; it was beautiful," Crahan tells RollingStone.com. "[Fans] came into the museum and they had to be hit with camel shit. A very distinct smell. You can't huff it, but it's got this smell. And it's not necessarily the most comfortable thing, but it's not necessarily the worst thing, it's just remembering thoughts — it's gonna be a reoccurring thing."

He continues: "I write down things in life that are special, that only living in this thought process can you ever obtain. Freshly mowed grass. How it smells when a nice spring rain hits. Because of Iowa, I like being in a different state that doesn't even have grass and think that I smell fresh-cut grass. It brings me home. Makes me feel safe… So, I figure, since we're not a band anymore — we're a culture, everybody needs to get used to that real quick — that the culture has to have a smell. You have to be able to be somewhere in the world, maybe be in a little pain, and then all of a sudden smell that and feel good again."

According to Crahan, the camel shit won't actually be mixed with oil. Instead, it will be burned over charcoal, "like we're doing ribs," he said.

The second edition of Knotfest event will take place on October 24-26 in San Bernardino, California. More than two dozen acts will join the headliners, including FIVE FINGER DEATH PUNCH, VOLBEAT, OF MICE & MEN, IN THIS MOMENT, HELLYEAH, ATREYU and many others.