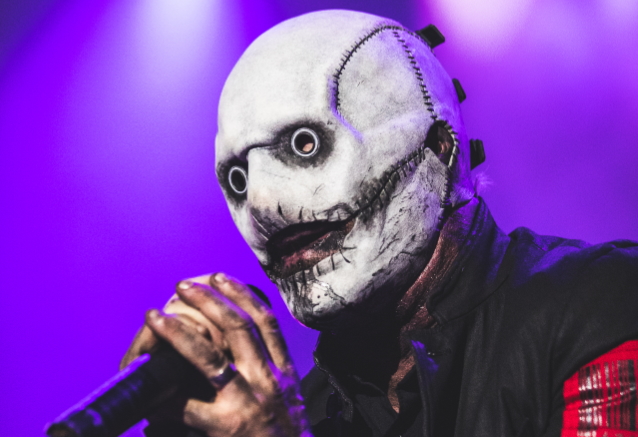 SLIPKNOT played its first concert in 18 months Saturday night (September 4) at the Rocklahoma festival in Pryor, Oklahoma. The gig marked the debut of SLIPKNOT frontman Corey Taylor's new mask, which he had been working on for the past few months.