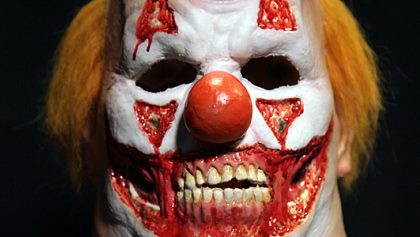 SLIPKNOT percussionist M. Shawn "Clown" Crahan the released the first in a limited-edition series of "clown" masks. Crahan said: "I feel being 44 years old today [September 24] is the beginning of a new era for myself for whatever reason.

"I decided that every year on my birthday I'm going to release a new clown mask.

"As you know, I've tried to get some masks out to the public and it hasn't quite yet added up to everything I wanted to be. Now I'm collaborating with a friend named Jason Kain and we are going to bring you the new way in clownology.

"I just put them up today. I'm going to put masks out every year with a new story.

"In the near future, you will receive the story behind clown001."

Only 50 Clown001 masks are available and are priced at $500 apiece. Each mask is hand-painted so there will be slight differences between masks and it takes anywhere from three to six hours to complete. It takes about 2-3 days to complete one of these and each one is made with care.

SLIPKNOT has performed live over the past two years but has not recorded a new album since 2008's "All Hope Is Gone".

Crahan spoke with Kerrang! magazine about the band's continued delay in recording a new studio CD. The SLIPKNOT co-founder explained: "We haven't written an album in five years because we wrote one, we toured it for two years, and Paul died, and it's been three years. What do you want from me? Nothing. When I come back, when we come back, it will be time, you will understand, we will understand, and it will be right. We'll be the first band that could be off for five years and come back like we never were gone. So that's what it's all about." 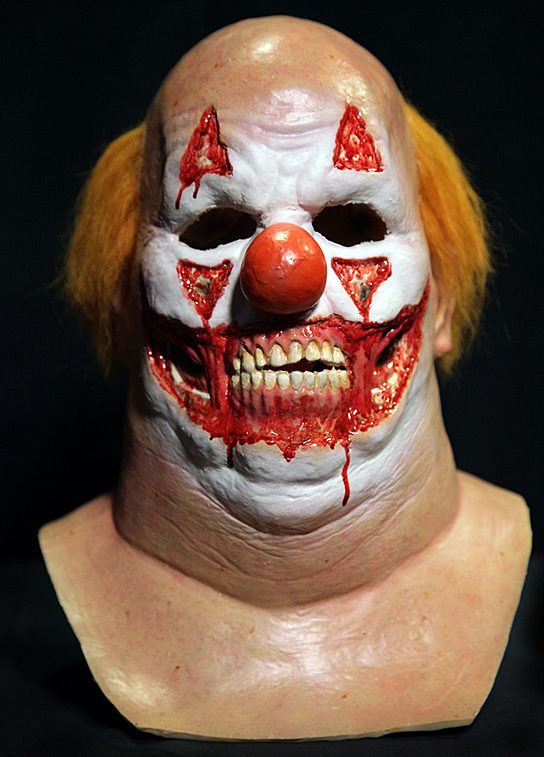