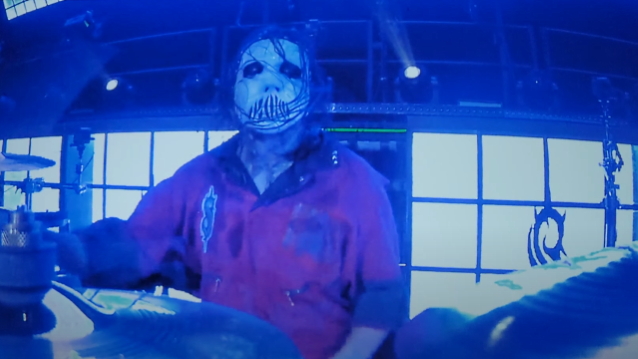 Weinberg is the second member of SLIPKNOT to debut a new mask during the fall 2021 touring cycle in support of the group's latest album, 2019's "We Are Not Your Kind". In early September, SLIPKNOT frontman Corey Taylor's new mask, which he had been working on for a few months, was officially revealed during the band's concert at the Rocklahoma festival in Pryor, Oklahoma.

Jay discovered SLIPKNOT when he was a pre-teen, through his father Max, who has been a member of Bruce Springsteen's E STREET BAND since 1974. He was hooked immediately and was a huge fan of SLIPKNOT by the time he was invited to Los Angeles to try out as replacement for Joey Jordison in 2014.

Jordison passed away "peacefully in his sleep" in July of an unspecified cause. He was 46 years old.