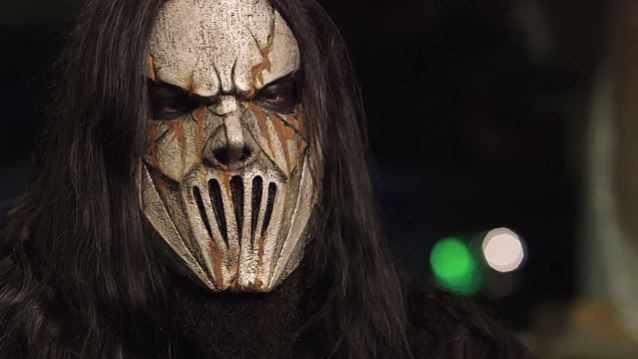 **UPDATE #5** March 12 at 7:00 a.m EST - Speaking to BBC Newsbeat, patrol officer Danny Anderson said both Mick Thomson and his brother Andrew have now been released, adding that neither man had been arrested and that the police investigation continues.

**UPDATE #4** March 11 at 11:25 p.m EST – The manager of SLIPKNOT has told KCCI that today's stabbing incident involving the band's guitarist, Mick Thomson, will not impact any future shows for the group.

**UPDATE #3** March 11 at 6:33 p.m EST - Clive, Iowa police chief Michael Venema told the New York Daily News that "neither individual was very cooperative" in the stabbing incident involving SLIPKNOT's Mick Thomson and the guitarist's younger brother, Andrew. He added: "Our detectives will be following up as soon as their medical situation allows us."

**UPDATE #2** March 11 at 5:31 p.m EST - SLIPKNOT singer Corey Taylor has tweeted the following message: "Mick Update: from what I've heard he's okay. We're sending him all your thoughts. Thank you for that."

**UPDATE #1** March 11 at 4:35 p.m EST - SLIPKNOT singer Corey Taylor has tweeted the following message: "In regards to the story about Mick, I'm doing the best I can to find out if he's alright. I'll get back to you later."

According to a police news release, the altercation started inside Mickael's home in Clive, Iowa and spilled into the front yard about 4:25 a.m., where it became physical.

When officers arrived, the two men appeared to be intoxicated and sustained serious, non-life-threatening injuries, with the 41-year-old Mickael suffering a stab wound to the back of his head.

Mickael and his 35-year-old brother were transported to local hospitals in separate ambulances but no charges had been filed at press time.

SLIPKNOT just finished perfoming at Australia's Soundwave festival in support of the band's new album, ".5: The Gray Chapter", which came out in October 2014 and topped the Billboard album chart.

SLIPKNOT took six years to make its latest album, and that time was filled with tragedy and turmoil. In a recent interview with Music Radar, Mick Thomson said that with the band members being able to write music on the road on their laptops, there should be less time between records from now on. He explained: "It enables us to have songs in the can already before we go in a studio to work on a new album. We hope to do our next record sooner after touring '.5'. We don't want to spend the same amount of time between albums as we've done with the last two."

Mick Update: from what I've heard he's okay. We're sendig him all your thoughts. Thank you for that.

In regards to the story about Mick, I'm doing the best I can to find out if he's alright. I'll get back to you later.