Metal Blade Records has announced the signing of San Francisco, California's SLOUGH FEG. Three of the band's early releases that, until now, were only available as imports — "Twilight Of The Idols" (1999),"Down Among The Deadmen" (2000) and "Traveller" (2003) — will be packaged as a 3CD box set and will be released on february 5. Each CD will also be made available on its own digitally.

One of the most unique and underrated metal acts today, SLOUGH FEG has amassed quite the dedicated following over the 20 or so years that it has been active and has churned out such classic American metal albums as "Dawn Amongst The Deadmen", "Twilight Of The Idols" and "Traveler" (the latter being the album many claim as the SLOUGH FEG classic).

Led by the charismatic vocalist/guitarist/lyricist Mike Scalzi, who has easily established himself as one of the best and most distinct vocalists and lyricists in all of metal, SLOUGH FEG's latest album, 2010's "The Animal Spirits" (Profound Lore Records),was another gem in the illustrious SLOUGH FEG repertoire and is considered to be one of the band's strongest offerings. 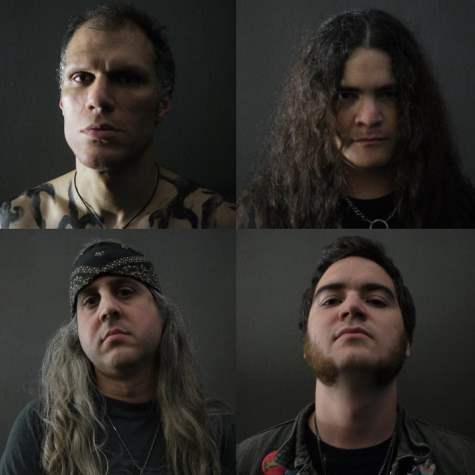