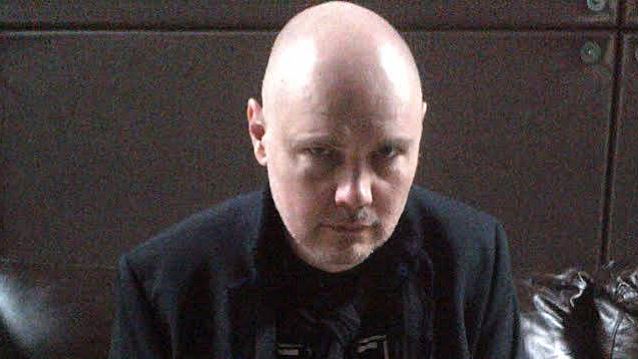 "Having just woken to the news of this passing, I feel compelled to put pen to paper and pay my respects to Scott. And in that, I will not pretend to know more than I know, or add some sad homily to how he loved his life. At least in that, may I now say he is undoubtably in the arms of grace and eternal love. May I also offer my humble condolences to his family, friends, and band mates; who have, and are, suffering this great loss. For when anyone as vaunted leaves far too soon, we mourn all that might have been.

"As any fan, I find myself reflecting on what I do have in my own treasure chest: in scarce moments where Scott and I spoke as contemporaries or competitors, and got to know each as people other past the footlights and shadows we were so busy casting to the world. It may seem trite in reflection, but I'd try to make him giggle when I saw that the manic whirl of the dumb parties we were at (in Hollywood, no less!) might be causing undue stress. It was, I'd guess you'd say, my way of apology for having been so critical of STP when they appeared on the scene like some crazy, man-fueled rocket. And not only was the knight up front freshly handsome to a fault, but he could sing too! As any supreme actor gives a real and different voice to each character played.

"It was STP's third album that had got me hooked, a wizardly mix of glam and post-punk, and I confessed to Scott, as well as the band many times, how wrong I'd been in assessing their native brilliance. And like [David] Bowie can and does, it was Scott's phrasing that pushed his music into a unique, and hard to pin down, aesthetic sonicsphere.

"Lastly, I'd like to share a thought which though clumsy, I hope would please Scott In Hominum. And that is if you asked me who I truly believed were the great voices of our generation, I'd say it were he, Layne [Staley of ALICE IN CHAINS], and Kurt [Cobain of NIRVANA].

"So it goes beyond tragedy to say it is we who lost them, and not the other way round..."

Weiland died on Thursday night (December 3) at the age of 48. The singer was on tour with his band THE WILDABOUTS in Minnesota when he was found unresponsive on the group's tour bus shortly before 9:00 p.m. They had been scheduled to perform Thursday night at the Medina Entertainment Center in Medina, Minnesota. However, that concert was canceled nine days ago because of slow ticket sales, according to StarTribune.com. The group was set to perform in Rochester on Friday (December 4) at the Wicked Moose.

A cause of death has yet to be determined for Weiland, but the singer's long history of substance and alcohol abuse has been well documented over the years.