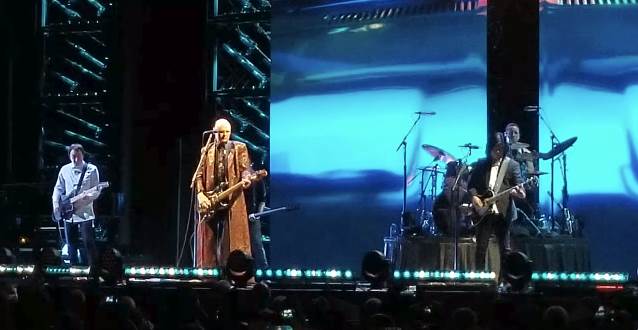 SMASHING PUMPKINS performed a surprise cover of LED ZEPPELIN's "Stairway To Heaven" during the opening concert of their reunion tour Thursday (July 12) in Glendale, Arizona. It marked the first time Billy Corgan and company had performed the classic song live.

Last month, SMASHING PUMPKINS dropped "Solara", the first recording in over 18 years to feature founding Corgan, Iha and Chamberlin. Recorded in Malibu, California at Shangri La Studios with producer Rick Rubin and guitarist Jeff Schroeder, "Solara" is available now to stream and download on all digital music platforms via Martha's Music under license to Napalm Records.

Corgan, Iha and Chamberlin last played together on 2000's "Untitled". "Untitled" was Iha's last PUMPKINS recording prior to "Solara", while Chamberlin's was 2009's "FOL".

Original SMASHING PUMPKINS bassist D'Arcy Wretzky is is not taking part at all in the band's reunion after recently claiming that Corgan offered to have her come out and do sporadic appearances on the current reunion tour. 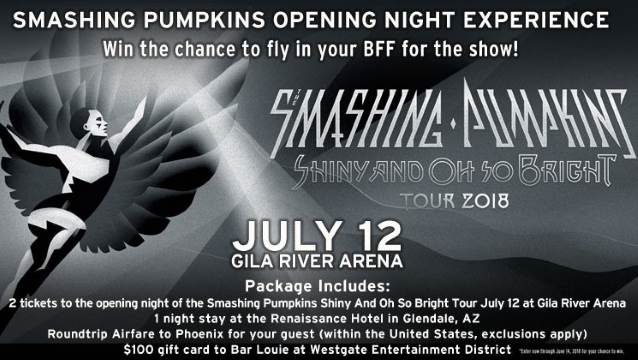