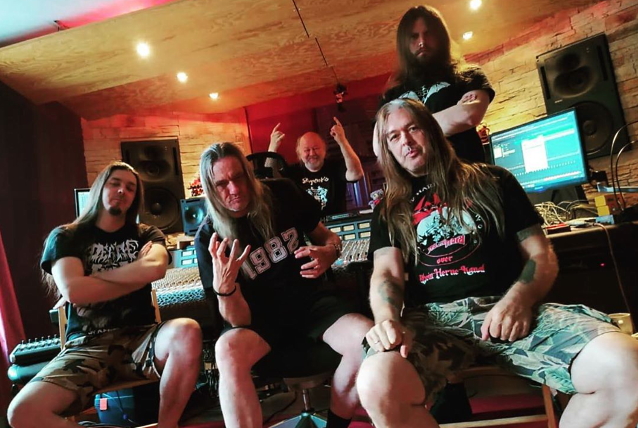 German thrash metal veterans SODOM have finished mixing their new album, "Genesis XIX", at Woodhouse Studio in Hagen, Germany with producer Siggi Bemm. The LP is expected later in the year via SPV/Steamhammer.