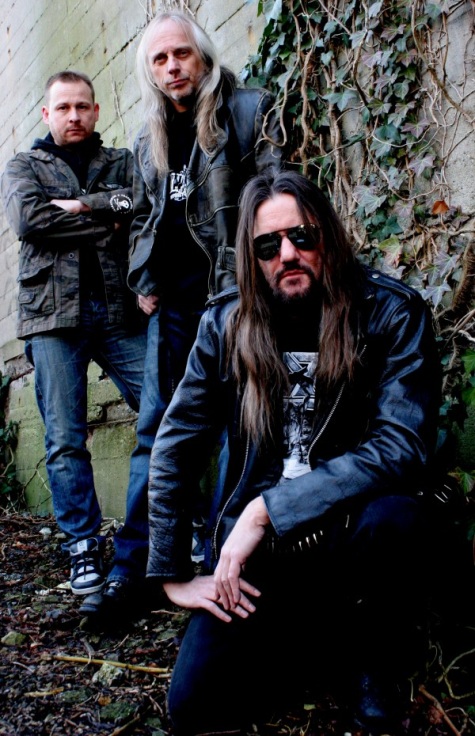 SODOM To Record New Album In May

German thrash metal veterans SODOM are currently writing material for their next studio album, which they plan to record in May. A tentative late summer release is expected, to be followed by a celebration of the band's 30th anniversary.

In a 2011 interview with Greece's Rock Overdose, SODOM bassist/vocalist Thomas "Angelripper" Such said that the band will mark the anniversary with a "special box set with old DVDs and celebrate it with a special show."

SODOM in 2010 announced the addition of drummer Markus "Makka" Freiwald to the group's ranks.

Freiwald previously played for the German bands DESPAIR and FLAMING ANGER and was involved with the VOODOOCULT project. In addition, he played percussion as a session musician on the MOONSPELL album "Irreligious" and is featured on the 1996 LP "Triarchy Of The Lost Lovers" by Greek extreme metallers ROTTING CHRIST.

SODOM in November 2010 parted ways with drummer Bobby Schottkowski due to "personal and private problems between Tom [bassist/vocalist Thomas 'Angelripper' Such] and Bobby," according to a statement released by the band.

SODOM's latest album, "In War And Pieces", entered the German Media Control chart at position No. 64. The CD was released in North America on January 11, 2011 via SPV/Steamhammer.