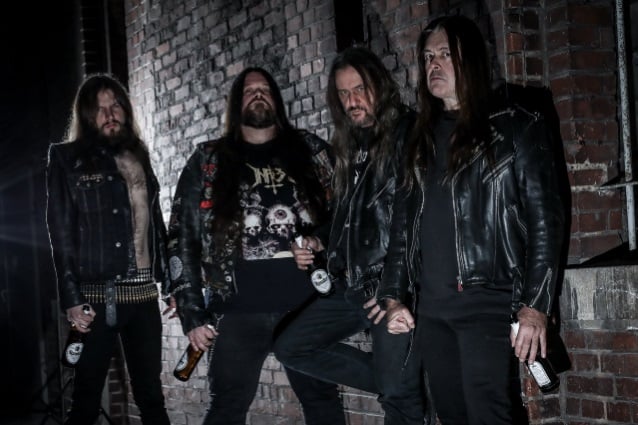 The new lineup of German thrash metal veterans SODOM gave its first interview to Germany's Rock Hard magazine. The article is included in issue 372 of the publication, which comes with an "Agent Orange" poster and a CD containing a SODOM's exclusive cover version of the SACRILEGE song "Lifeline".

Commented SODOM bassist/vocalist Thomas "Angelripper" Such: "SACRILEGE are a crust punk band that was overlooked back in the day. They present a style which is a combination of punk and thrash elements. They had a great singer with Tam [Lynda 'Tam' Simpson]. 'Lifeline'represents exactly what we all love: just simple, brutal guitars without uptight arrangements. 'Lifeline' consists of three or four parts, which are linked up. Nevertheless, the song sounds monolithic. I said to the other members that our journey with SODOM has to go in a similar direction."

A snippet of SODOM's cover of "Lifeline" can be heard in the YouTube clip below.

The magazine with the CD can be ordered here.

As he had hinted at the beginning of the year, Tom has opted for a lineup featuring two guitarists, an absolute novelty for SODOM. "Two guitarists allow us much more possibilities live, so we will be able to play tracks in future that we weren't able to perform as a trio," Tom said. 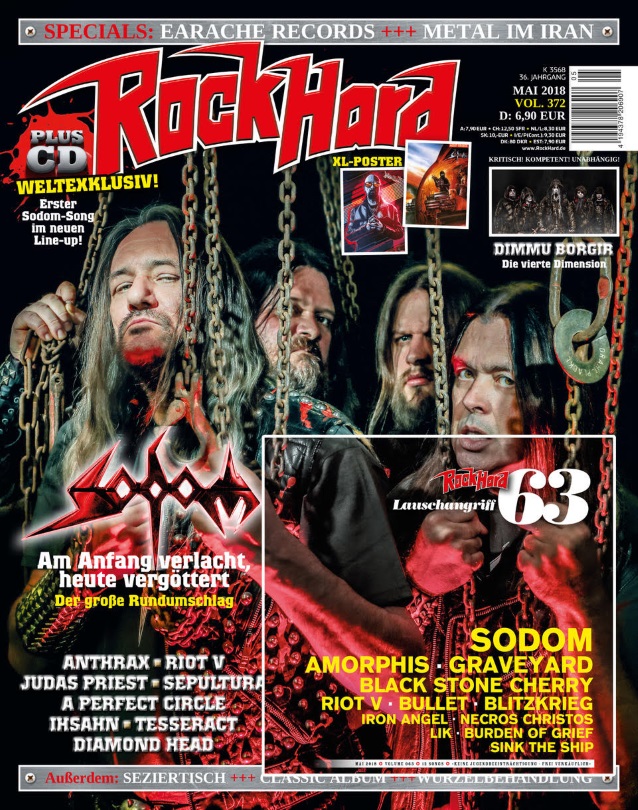