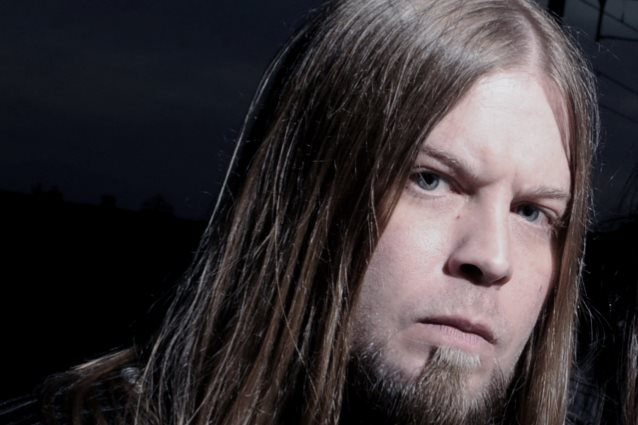 SOIL singer Ryan McCombs has confirmed to the "Mike James Rock Show" that the band is making plans to begin work on the long-awaited follow-up to 2013's "Whole" album. "We've been talking about new material," he said (see video below). "And the guys have been writing. We actually wrote a little bit before the last U.S. run that we had, and just about a month ago, they were throwing ideas at me and we were tinkering with some of those ideas. So the writing process has definitely begun. How we're gonna go about putting it out there I don't know yet. There's a lot of interesting ideas that everybody has. The industry is completely different, so it's a matter of how you're gonna attack it. So I don't know exactly [how we will release it], but I know that we're just doing what we love to do, which is writing right now. So we'll see what happens."

McCombs's latest comments echo those made by his bandmate, bassist Tim King, who told Ryze-Up Magazine that SOIL has "a bunch of ideas and some pieces of songs and things like that that we've been working on for a long time. But nowadays, with technology and the availability of everything, everybody kind of scatters," he said. "We used to all live in Chicago and we'd go in a sweaty rehearsal space and spend hours jamming together and really pound out stuff really fast. As you get older, and the way the world works now, everybody can be scattered and all over the place, but to reel that in, and sending music across the Internet and stuff, we've gotta focus a little bit more. So I think we're gonna go back to the old-school way and just lock ourselves in a rehearsal room for an extended period of time."