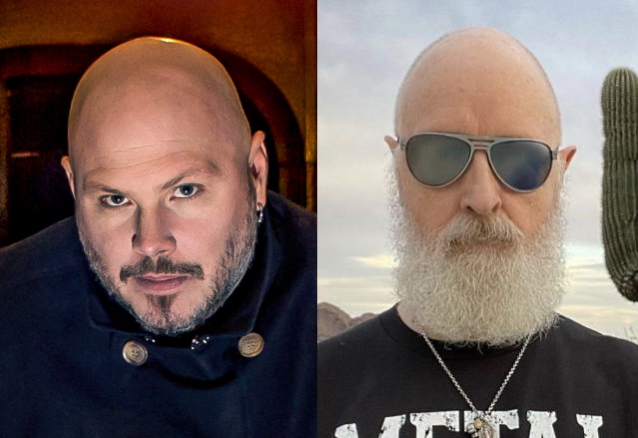 In a new interview with Metal Musikast, SOILWORK singer Björn "Speed" Strid spoke about the time more than a decade and a half ago when the Swedish metallers managed to secure an official endorsement from The Metal God himself, JUDAS PRIEST's Rob Halford, who praised them as a band that is "taking metal forward with its cutting-edge [approach]."

"That's just simply amazing," Strid said (as transcribed by BLABBERMOUTH.NET). "I remember when I read that. 'Cause somebody told me [about it]. They said, 'Oh, have you seen that Rob Halford is talking about you in this Belgian metal magazine?' I said, 'What? No. No. Are you crazy? No. C'mon.' Then he managed to… I don't know — he picked it up somewhere, and then I got to read it. And I just lost it. I [said to him], 'Can I take the magazine with me home?' And [he said], 'Yeah, yeah.' I just went straight home and I cried for two hours because it was so overwhelming and so amazing, because he was, and still is, one of my absolute vocal heroes. It was just surreal to read that. I was, like, 'He's talking about my band. He's talking about my voice. This is just nuts.' Yeah, [it was] absolutely amazing."