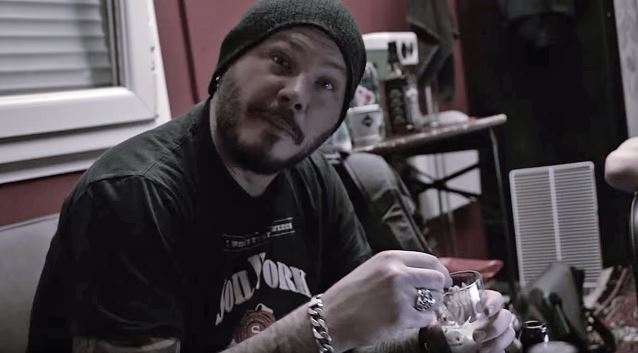 In the episode, which can be seen below, Strid takes FreqsTV out on the road to witness the band's live energy, reveals the secret behind the "Soilwork Classic Hour" and talks about the difficult decision to continue the SOILWORK tour after the Bataclan terrorist attacks in Paris.

Said Strid: "We pretty recently came home, so we had just about three weeks in between to rest up and recharge our batteries. And then, obviously, it was pretty rough coming home and everything that happened in Paris as well. I was really looking forward to the tour, but, obviously, it made me worried, just like for anybody else."

He added: "I don't know what else to do. I mean, we could have canceled this tour, but then, you know, it can happen two years from now, five years from now, the same thing. Who knows? You can't really protect yourself from these things. So we made the decision [to] keep going and [do] this tour, and so far it's been really, really good."

Joining SOILWORK on tour in support of the effort is new bassist Markus Wibom, formerly of Helsingborg hardcore group HEARTS ALIVE. Wibom replaces longtime bandmember Ola Flink, who amicably left the group to focus on other endeavors. Wibom has been a personal friend of the band for many years and has previously toured with SOILWORK as a guitar tech and lighting designer. Wibom made his live debut with SOILWORK in Stockholm on April 30.