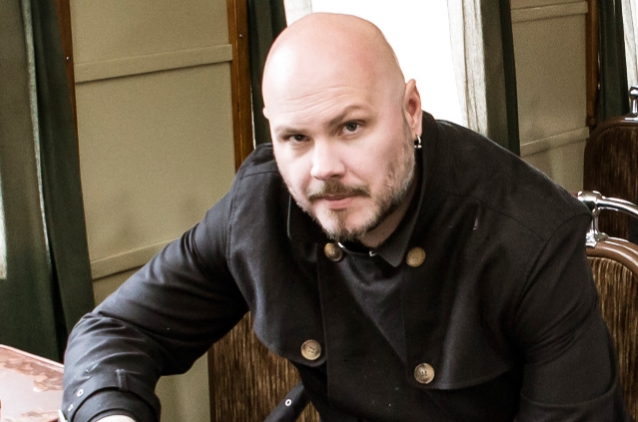 In an interview with Steve Harrison of "The Unchained Rock Show", frontman Björn "Speed" Strid of Swedish metallers SOILWORK shared the positive reaction to their latest studio album, "Verkligheten", and his belief that its predecessors, "The Living Infinite" and "The Ride Majestic", didn't get the acknowledgment they deserved.

"What I felt with this album, we did the double album, 'The Living Infinite', which we thought was 'Okay, here it is,'" he said (hear audio below). "We were extremely proud and we're still proud of that album, but somehow, it got really good reviews, but it seemed it went under the radar a little bit. Same with 'The Ride Majestic', and suddenly, 'Verkligheten', it seems like everyone is picking up on it. Hopefully, because it's so damn good. We're really proud of it, but something happened there and I'm really not quite sure what."

Strid also discussed whether it's frustrating when SOILWORK releases an album and it doesn't do as well as anticipated, while other albums seemingly get noticed by the most unlikely of people.

"You never really know," he said. "When you think, 'Okay, here it is. This is the perfect album.' Then it's like, you want to share it with the world because you're so damn proud of it. It seems like a lot of people somehow miss it. With this album, it seems like even the people that haven't listened to the band, for I don't know, ten years, is like 'Oh, but I picked up this one!' It's like a childhood friend who doesn't even listen to metal is like 'I've heard your new album!' I'm like 'You don't even listen to metal!' 'Yeah, but that 'Verkligheten' is really good!' Something happened there."