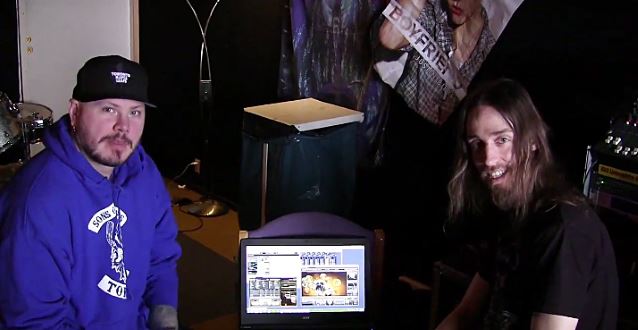 SOILWORK singer Björn "Speed" Strid and drummer Dirk Verbeuren have offered a preview of a demo version of a new song in a video message promoting the Toontrack software. Check it out below.

SOILWORK will release its first live DVD/Blu-ray, "Live In The Heart Of Helsinki", on March 13 via Nuclear Blast. The disc was recorded during the band's special show on March 21, 2014 at Circus Club in the Finnish capital and features guest appearances by Floor Jansen (NIGHTWISH, REVAMP) and Nathan J. Biggs (SONIC SYNDICATE).