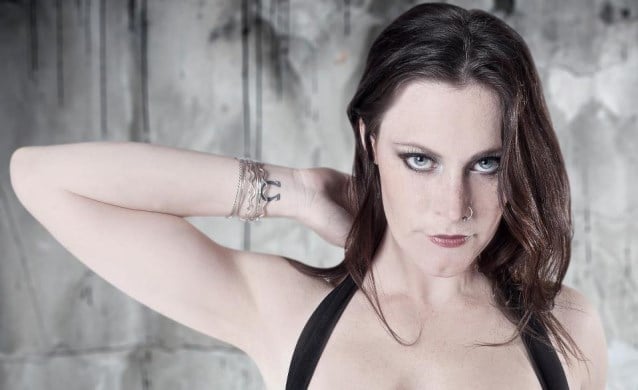 Dutch singer Floor Jansen (pictured; NIGHTWISH, REVAMP) will join Swedish metallers SOILWORK on stage on March 21 at Circus in Helsinki, Finland. The concert will be filmed for SOILWORK's first-ever live DVD, to be released later in the year. SOILWORK says: "The song that Floor will lend her beautiful and powerful voice to will remain a secret for now, as I'm sure you understand... Just make sure you don't miss out on this!!!"

Adds Floor: "I have been a fan of [SOILWORK's] music for years! They will record a live DVD this special evening; definitely a show you don't want to miss! The show takes place in Circus in Helsinki, Finland. See you there?!"

SOILWORK released a lavish deluxe version of its 2001 classic breakthrough album "A Predator's Portrait" on October 18, 2013 in Europe and October 15, 2013 in the U.S. The effort was reissued as a digipack with an all new artwork and will contain two previously unreleased live bonus tracks.