Last month, Swedish metallers SOILWORK released a new EP, "A Whisp Of The Atlantic" featuring their most daring and virtuous song to date, the 16-minute-title track that showcases all facets of their skill and ingenuity. Today, SOILWORK has announced the release of an epic feature film that presents "A Whisp Of The Atlantic" in its entirety by linking the whole storyline with new segments of music and brand new footage.

The video will premiere on SOILWORK's YouTube channel on Wednesday, February 3.

SOILWORK singer Björn "Speed" Strid told Decibel magazine about how the EP idea came about: "There was no masterplan as far as I know. After 'Verkligheten', we toured a lot, and personally, my mindset was not to start writing right away. David, however, always manages to find so much inspiration all the time. It's really impressive. He's a super-busy man. He's a father of two, doctor, and is a songwriter in two bands. I wasn't really feeling any inspiration, at the time, but he was on fire. He had a lot of things that needed to come out musically and lyrically. When he approached me with his ideas, I said, yes, of course. 'Let's go for it!' That's when those songs started to pop out. The songs themselves are in the style of 'Verkligheten', but they stick out a bit more. There's a blackened, darker theme to them. So, I saw this EP as an experiment. After a while, we started talking about putting them together — they're a trinity of songs — on an exclusive EP. We ended up adding the title track, 'A Whisp Of The Atlantic', this majestic 16-minute piece to make the whole thing extra special."

Asked how in the hell he and his bandmates ended up with a 16-minute song, Björn said: "Before Peter [Wichers, guitar] left the band, we did 'The Panic Broadcast', which was very much verse-chorus-bridge-verse. So, when he left, we started to think, 'What if we were to do a double album?' That was crazy thinking. I mean, here we are without our main songwriter and we're thinking of not just one album but two! [Laughs] 'The Living Infinite' is a journey, man. There's epic songs, unexpected stuff, progressive songs, aggressive songs, the whole thing — 'The Living Infinite' is very unexpected, I think. So, when we're allowed to experiment, we evolve. I think that's been one of things that's been part of this band for a while now. We're experimental, we try new things, and we make them work. We're always searching for new levels of sound. The next album might not sound like this EP. Who knows?! Experimentation broadens our horizons as songwriters, which is why, I think, we always surprise ourselves in the end. 'A Whisp Of The Atlantic' is all of that, really. It was important for us to try this out to see what would come out of a truly epic SOILWORK song." 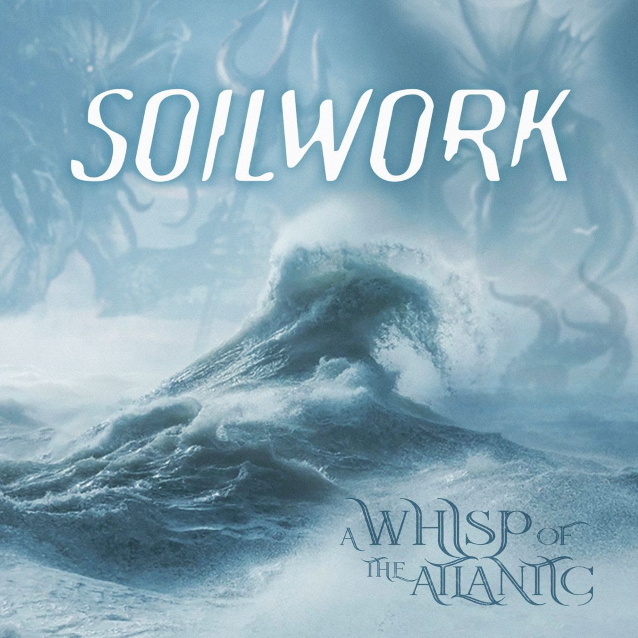