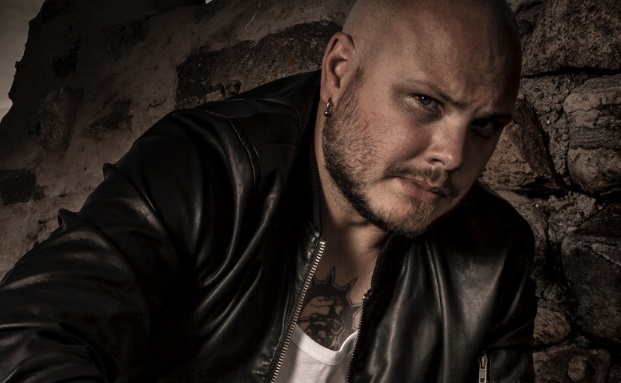 Swedish metallers SOILWORK have been forced to cancel their appearance at this year's Rockharz Open Air festival on July 11 in Ballenstedt, Germany due to a serious back injury suffered by their singer, Björn "Speed" Strid. This decision was a hard one for the band to make, especially since it is the second year in a row unforeseen circumstances have caused SOILWORK to scrap the group's participation in the event.

Commented Strid: "It is with great regret that I have to inform you that I'm not gonna be able to perform at the Rockharz festival on Friday. It almost feels like a curse.

"I'm sure most of you know that we had to cancel last year's Rockharz festival as well. We were so excited to make it up to you this year, but I guess we have to wait yet another year.

"I basically screwed up my back 10 days ago while working out. I felt a shooting pain and stopped immediately. That same night, my back started swelling. Next day, I felt better and in the coming days it healed up pretty fast. Then last Friday, I made a small movement to reach for the remote while watching World Cup football and I felt an intense shooting pain once again. I thought to myself, 'This is gonna be bad.' I was right.

"I'm currently not able to sit and can barely walk.

"I went to a chiropractor two days ago and he was unable to do anything since my back was too swollen and my torso was too twisted. He sent me home with anti-inflammatory pills and painkillers and told me to take those 3 times a day for 3 days and come back on Thursday, which is tomorrow. I also asked him if there was any chance for me to perform on Friday and he said: 'It's gonna take a miracle and I definitely don't recommend it.' I also informed him that we were gonna drive down in a van to Germany and then his reaction was: 'Don't do it.'

"So here I am, strapped to a couch feeling sorry for all the fans who had plans to finally see us at Rockharz.

"Make sure you enjoy the rest of the awesome bands that are playing the festival; it looks like a real good lineup! Our guitarist Sylvain will be there regardless, so hopefully you'll run into him and he'll buy you a bunch of drinks."

As previously reported, Dutch singer Floor Jansen (NIGHTWISH, REVAMP) joined SOILWORK on stage on March 21 at Circus in Helsinki, Finland. The concert was filmed for SOILWORK's first-ever live DVD, to be released later in the year. The DVD is being produced by Jouni Markkanen and directed by Ville Lipiäinen, who also helmed the most recent NIGHTWISH DVD, "Showtime, Storytime".