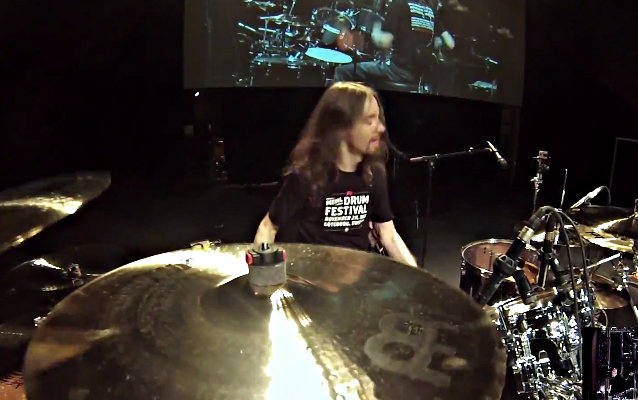 Professionally filmed video footage of SOILWORK drummer Dirk Verbeuren performing the track "Stabbing The Drama" at the third annual international Meinl Drum Festival in November 2013 in Gothenburg, Sweden can be seen below.