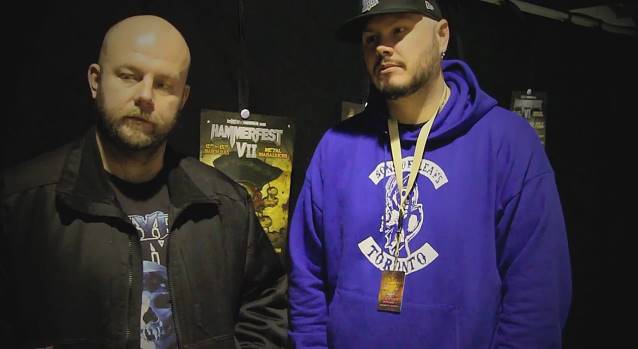 On March 12, Tom of "The Metalheadz" radio show conducted an interview with singer Björn "Speed" Strid and guitarist David Andersson of Swedish metallers SOILWORK in Manchester, England. You can now listen to the chat in the YouTube clip below.