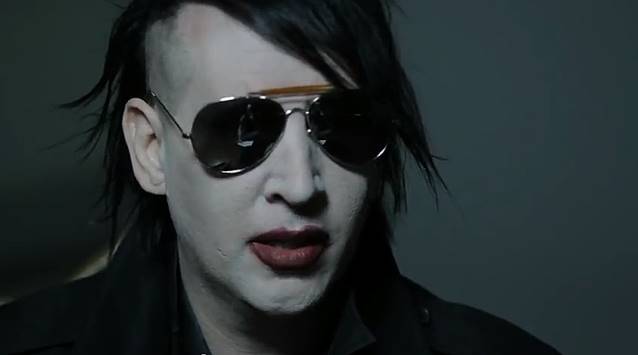 Marilyn Manson has been cast in FX's hit show "Sons Of Anarchy" as Ron Tully, a white supremacist prison shot-caller who Jax uses to expand his power base.

Marilyn Manson is known, by most, for selling millions of records, being a successful writer, painter, performer and provocateur. He has also made many cameos in films and television.

With the creation of a new album and while launching a world tour, he grabbed the attention of "Sons Of Anarchy" creator Kurt Sutter.

"'Sons' has been such a big part of my life, as well as my father's," said Manson. "So I was determined to make him proud by being involved in what will probably be remembered as the most amazing piece of television cinema. After all, the very heart of 'Sons Of Anarchy' is about that relationship. So, now all I need is a motorcycle."

Manson has appeared in a handful of movies and TV shows before, most recently on the Showtime series "Californication" — where he played himself — and the Sundance Channel program "Wrong Cops".

He spent most of last year touring behind his 2012 album, "Born Villain".