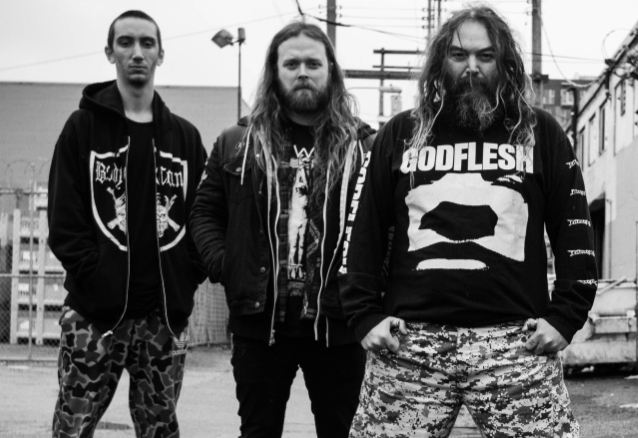 SOULFLY will embark on another U.S. tour in February 2022. The 35-date trek will kick off on February 7 in Las Vegas, Nevada and make stops in Seattle, Minneapolis, Nashville, and Baton Rouge, among other cities, before concluding in Gallup, New Mexico on March 19. Joining SOULFLY on select dates will be 200 STAB WOUNDS.

SOULFLY mainman Max Cavalera comments, "I'm more than thrilled to kick off the New Year with a tour! We will be playing songs from our upcoming new release!"

General admission tickets for the tour are now on sale at www.soulfly.com.

* Support to be determined
# with 200 STAB WOUNDS
% No support

In August, SOULFLY parted ways with longtime guitarist Marc Rizzo due to personal differences. A permanent replacement guitarist has yet to be announced. FEAR FACTORY's Dino Cazares played guitar for SOULFLY on the band's last U.S. tour which took place in August and September.

In a summer 2021 interview with Chris Annunziata again of "The Metal Teddy Bear Experience" show, which airs on the 90.3 WMSC radio station, the Brazilian-born musician stated about the upcoming SOULFLY disc: "We're still tracking right now. So the record is not gonna come out till next year. It's a little bit of a long process. Because of COVID and everything, it had to be done a little bit differently. Actually, we're gonna play one song called 'Filth Upon Filth' on this [August/September 2021] tour. It's a killer song. It reminds me of old SLAYER; it sounds like SLAYER 'Hell Awaits' era meets SOULFLY, which is always a good thing.

"We still need to record drums," he continued. "Right now we just really have the songs written — all the riffs. So we're still building the music. But we did have one full song, which is 'Filth Upon Filth', and we get to play that on the next tour, which is great. So people do get a taste of the new record, which I think is amazing — to be able to give them a taste."

This past April, Max told Chris Enriquez of Saint Vitus Presents: Age Of Quarantine that Rizk took the new SOULFLY project "super seriously. He said, 'Hey, Max, I don't wanna do just another SOULFLY record. I wanna do the bestSOULFLY record,'" he recalled. 'I was, like, 'All right. I take the challenge. Let's do it, man.'" 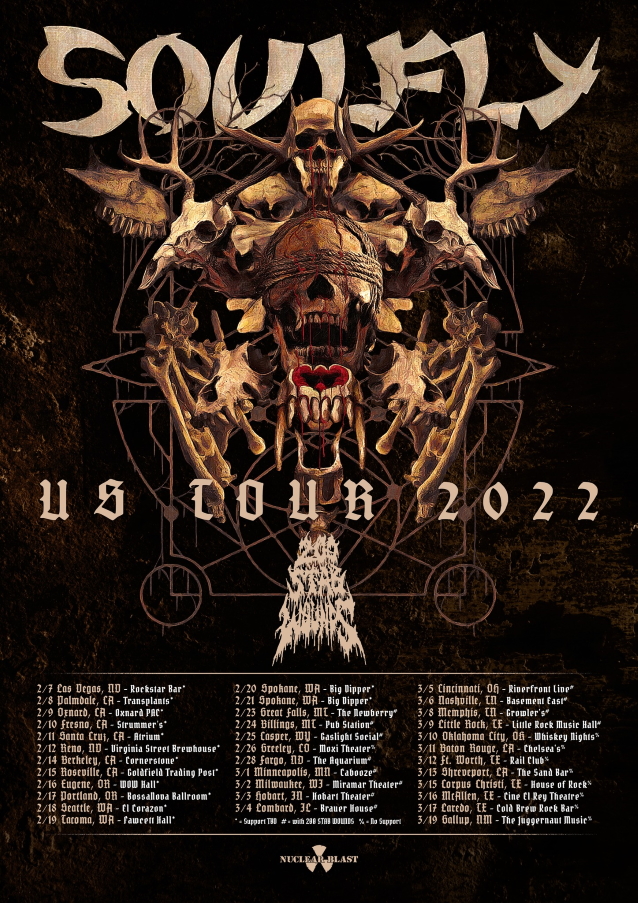