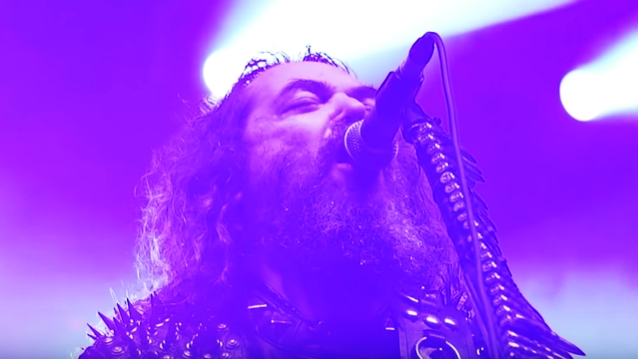 ARTE Concert has uploaded professionally filmed video footage of SOULFLY's entire performance at this year's Alcatraz Hard Rock & Metal Festival, which was held in August in Kortrijk, Belgium. Check it out below.

SOULFLY frontman Max Cavalera told PureGrainAudio about "Ritual": "I know musicians [always] say their new record is their favorite, but [this new] SOULFLY [album] really hits home, man, because it's got a little of everything that I really love about SOULFLY. It's got some of the tribal elements back in the groove, and it's got a lot of fast stuff. It's almost like a 'tribal thrash' record, which is kind of… it's never been done before. So it's a real political and spiritual [album mixed] with tribal [and] thrash [sounds]. The tribal grooves go right in hand with fast thrash, death metal stuff. So it's pretty cool, man. I think people are gonna be turned up when they hear the new SOULFLY."