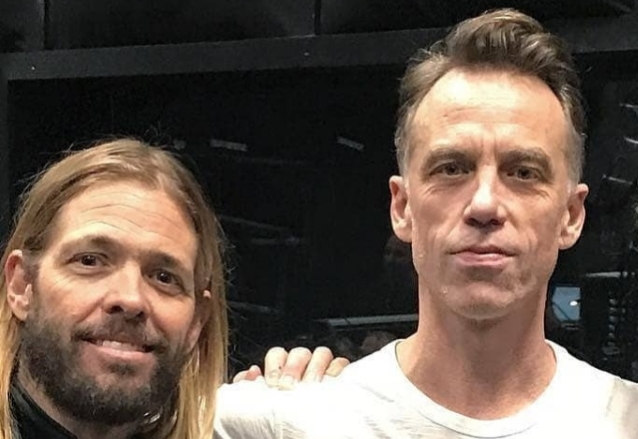 With the pandemic and quarantine lockdowns bringing most live music and touring to a screeching halt, SOUNDGARDEN/PEARL JAM drummer Matt Cameron and FOO FIGHTERS drummer Taylor Hawkins used the downtime to explore new music and create a new project. The two multi-talented songwriter/drummers have unveiled their collaboration, NIGHTTIME BOOGIE ASSOCIATION, by releasing two songs that they wrote, recorded, and produced: "Long In The Tooth" and "The Path We're On". The songs will be released as a deluxe single on Friday, December 11, 2020 through their own label Keep It Trippy Records.

"Long In The Tooth" was written by Taylor Hawkins (lyrics) and Matt Cameron (music) and features Cameron on guitar, bass, and drum machine and Hawkins on lead vocal, drum fills, percussion, and keyboards.

Matt Cameron wrote the music and lyrics for "The Path We're On" and also plays drums, guitar and vocals. Taylor Hawkins performs the drum intro, as well as lead vocals and keyboards. The song also features Buzz Osborne on guitar and Steven McDonald on bass and from "fuzz-rock overlords" THE MELVINS.

The songs were recorded, engineered, and mixed in multiple locations across the U.S. Engineered by Toshi Kasai, John Lousteau, Nathan Yaccino, Matt Cameron and Oliver Roman, NIGHTTIME BOOGIE ASSOCIATION's deluxe single was recorded at Matt's Garage, Studio 606, Made In The Seventies, The Ballard Baitshop and Sound Of Siren. Brandon Bell mixed the songs at The Cabins Studio in Nashville and Pete Lyman mastered them at Infrasonic Sound in Los Angeles.

Texas-born Laguna-bred force of nature Taylor Hawkins has been an essential element of the sound, image and personality of FOO FIGHTERS since 1997. His playing on FF classics, including "All My Life", "Times Like These", "Best Of You", "The Pretender", "Walk", "These Days", "Run", "The Sky Is A Neighborhood" and new single "Shame Shame" is as instantly recognizable as it is consistently awe-inspiring. In addition to lead vocal duties on FOO FIGHTERS' "Sunday Rain" and "Cold Day In The Sun", Hawkins has made occasional detours from the FF drum throne. These have included albums by TAYLOR HAWKINS AND THE COATTAIL RIDERS, THE BIRDS OF SATAN, and in 2016, his first ever release under his own name, "KOTA" — an ambitious collection of six character-driven vignettes based on the life of a rock star stranded in the suburbs.

Matt Cameron first gained fame as the drummer for Seattle-based rock band SOUNDGARDEN, which he joined in 1986 and appears on the band's studio albums until its break-up in 1997. In 1998, he was invited to join PEARL JAM's U.S. "Yield" tour and then became a permanent member of the band. When SOUNDGARDEN reunited in 2010, Cameron became a member of both bands. 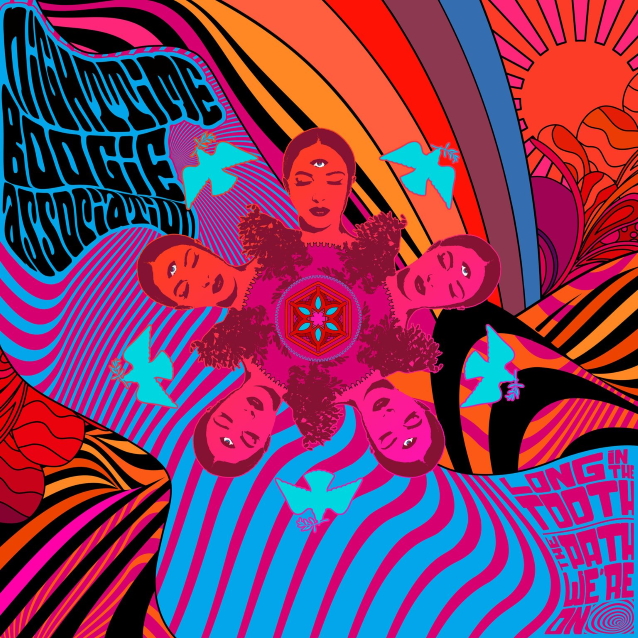