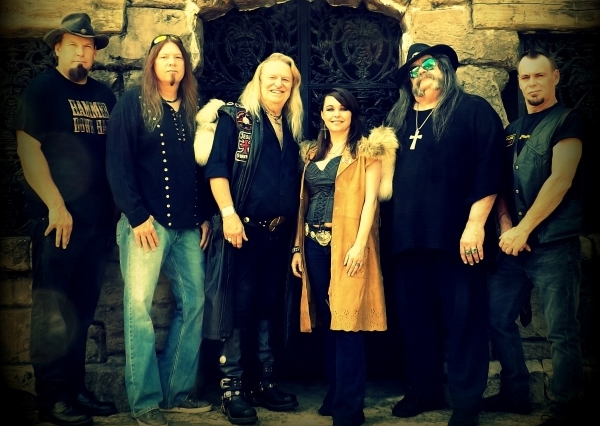 Southern rock legends BLACK OAK ARKANSAS will release "Underdog Heroes", their first full-length album of all-new recordings in more than 30 years, on May 24. Founding members Jim "Dandy" Mangrum (vocals) and Rickie Lee Reynolds (guitar) have been keeping the spirit of BOA alive and their songwriting partnership makes this album an essential release in the band's much-heralded catalog.

"Underdog Heroes" includes a very special recording of virtuoso guitarist Shawn Lane, regarded by many as one of the fastest guitar players to ever live, and a member of the BOA clan since 1978 until his passing in 2003.

"Underdog Heroes" will be made available from Purple Pyramid Records on both CD and a special limited-edition gold vinyl pressing (only 300 made).

In their long musical history, the BLACK OAK ARKANSAS boys have shared a stage with the likes of KISS, THE WHO, THE ROLLING STONES, BLACK SABBATH, FOGHAT, BAD COMPANY, TED NUGENT, ALICE COOPER and DEEP PURPLE. Warner Bros. released a DVD on the early years of the band, and then charged forth with another release of a BLACK OAK ARKANSAS DVD live at Royal Albert Hall in London.

BLACK OAK ARKANSAS has donated many hundreds of thousands of dollars to charities in its career, and both the mayor of Little Rock and the governor of the State of Arkansas even declared a "Black Oak Arkansas Day" on October 6. There is now a permanent display in the Arkansas State Museum and the Barton Coliseum in Little Rock, Arkansas dedicated to the band.

BLACK OAK ARKANSAS continues to tour around the U.S. to enthusiastic audiences. 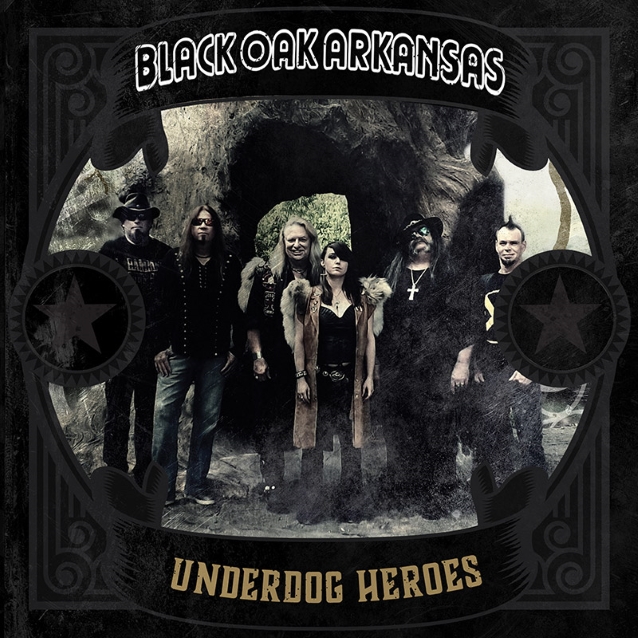