"Methadream", the new video from the Swedish metal/rock band SPARZANZA, can be viewed below. The song comes off the group's fourth CD, "In Voodoo Veritas", which will be released in Scandinavia on February 25. A record-release party will be held on February 13 at Nöjesfabriken in Karlstad, Sweden. Support at the show will come from THE GENERALS and THE DEAD AND LIVING.

SPARZANZA guitarist David Johannesson quit the band earlier in the year to join MUSTASCH. A stand-in axeman has already been recruited.

SPARZANZA's third CD, "Banisher of the Light", was released in March 2007 via Black Cult Records. The album includes the song "Dead Rising", featuring an appearance by THE HAUNTED frontman Peter Dolving. 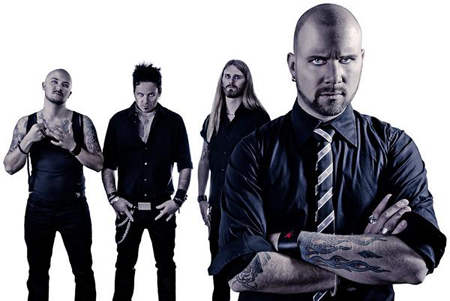