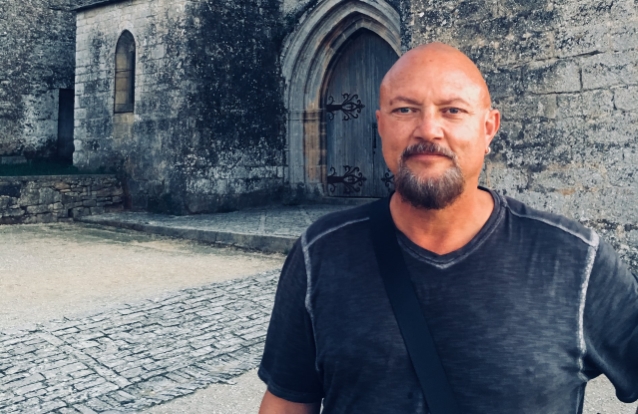 Former QUEENSRŸCHE frontman Geoff Tate is offering you an opportunity to accompany him on an eight-day "Rockin' In Tuscany" tour through Italy in April.

Tate's Backstage Pass Travel company, whose mission is "to bring a different experience of travel," has announced all the details of the road trip, which will start on April 10 in a "beautiful Tuscan villa." From there, you will travel to Florence with Geoff and visit the Uffizi gallery, the Leonardo interactive museum or one of the several other fascinating museums in Florence. You will also visit San Gimignano, a medieval hill town surrounded by 13th century walls and later return to the villa to work on recording a song with Geoff to be released on his next album. There will also be a day trip to Siena for market day and a visit to Monteriggioni, a walled town known for its medieval fortifications and watchtowers. The last two days will consist of a trip to Certaldo, one of the most beautiful, perfectly preserved, medieval cities in Tuscany, and a drive back to Rome for lunch and a walk around the city.

A few years ago, Tate told AntiHero Magazine that he loves to travel. "I get to meet interesting people and have wonderful conversations with people," he said. "I get to go to amazing restaurants, and visit historical sites. I am pretty blessed, and I feel very fortunate. I think that I would like to just keep continuing on doing those things for the rest of my life, really."

In a 2018 interview, Tate told Metal Magnitude that he loves "seeing old friends and seeing what's going on. It's cool to go to places over and over again, because you're not there every day, you come maybe once or twice in a year, and you notice the changes, I think," he said. "It's just wonderful looking back at all the memories, all the experiences. It's countless."

If you want to record a song with me while we hang out in Tuscany then check this link out!!!