STAIND members Aaron Lewis and Mike Mushok were joined on stage by GODSMACK frontman Sully Erna at last night's (Friday, August 4) Aaron Lewis And Friends benefit concert at Pines Theater at Look Park in Northampton, Massachusetts to pay tribute to SOUNDGARDEN singer Chris Cornell and LINKIN PARK vocalist Chester Bennington, both of whom died earlier this year within months of each other.

Video footage of the three musicians performing acoustic cover versions of TEMPLE OF THE DOG's "Hunger Strike" and LINKIN PARK's "Crawling" can be seen below.

The encore of last night's Aaron Lewis And Friends concert featured three original members of STAIND — Lewis, Mushok and bassist Johnny April — with current drummer Sal Giancarelli performing a three-song acoustic finale that included "Outside", "Something To Remind You" and "It's Been A While". 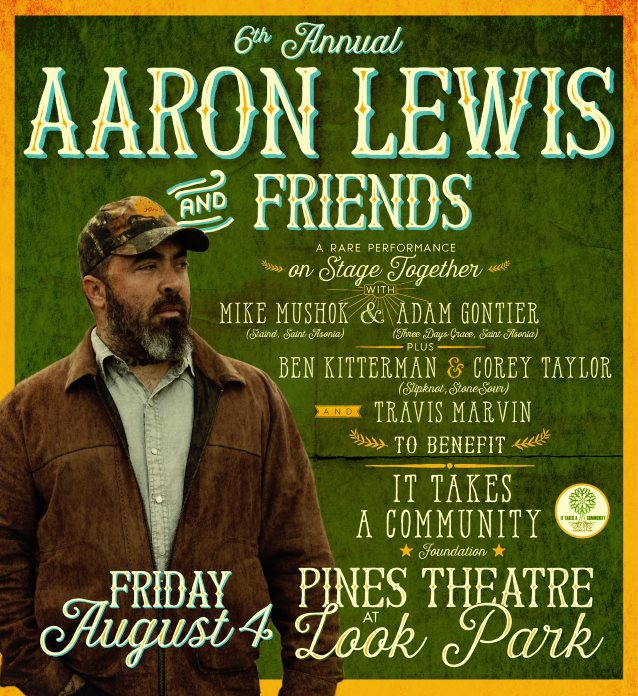