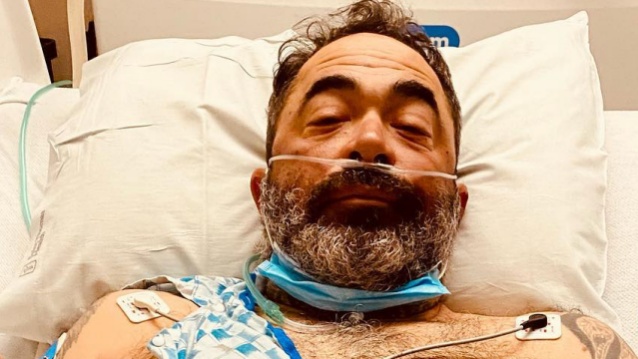 Kidney stones, which are hardened or calcified deposits of certain minerals, salts, and other materials, develop in the kidneys themselves before traveling through the ureter and into the bladder, where they are ultimately passed from the body in the urine.

Lewis shared the news of his kidney stone in an Instagram post. He wrote: "Laying here recovering from having my appendix out. On top of that, I've had a kidney stone SLOWLY snaking it's way through me for the last 4 days. After intense like-I've-never-experienced-pain, I successfully passed this kidney stone today."

Lewis was scheduled to play in Davenport, Iowa last Friday (January 14),Inman, Kansas on Saturday (January 15) and in Springfield, Missouri on Sunday (January 16) but had to pull out so that he could recover after being diagnosed with appendicitis and undergoing surgery.

Lewis, an outspoken rocker who reinvented himself as a solo country artist in the last decade, made headlines in September when he urged his fans to chant "Fuck Joe Biden" during a STAIND concert in Pennsylvania.

Widely considered to be one of the most politically conservative musicians in rock, Aaron told the Anchorage Press in a January 2020 interview that he considered the first Donald Trump impeachment by the House Of Representatives as the clearest representation of what's wrong with America these days.

Lewis's new solo album, "Frayed At Both Ends", is due on January 28.