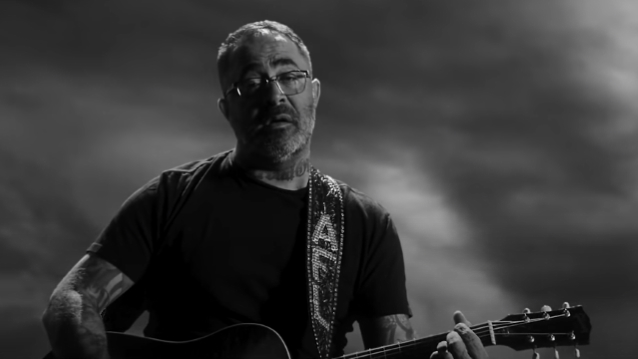 STAIND frontman Aaron Lewis has released the official music video for his controversial new solo single, "Am I The Only One". The track, which takes aim at liberals and touches on American flags burning and statues that have been removed in the country, was written by Lewis with Ira Dean and Jeffrey Steele.

LefsetzreprintedBorchetta's letter in which the label head wrote in part: "Firstly, I believe in the First Amendment. My job has never been to tell my artists what to sing and write about.

"Aaron Lewis and I have political disagreements. But there are also things we agree on. I think that's the foundation for the idea of our country. It doesn't work if we're so divided that we can’t reach across the aisle, have a conversation or an argument, and ultimately, shake hands. If we can't do that, and this moment is so divisive, we may never get our country back.

"Let it be a wake up call to reps and dems alike — be loud and be heard!" Borchetta said. "It woke you up. It inspired you to make a statement. It worked. And it's working. It's inspiring conversation."