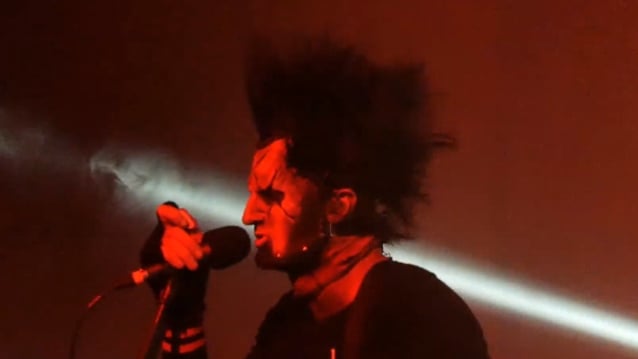 STATIC-X's June 30 concert at Levels in Scranton, Pennsylvania has been canceled.

The show was part of the band's North American trek, which celebrates the 20th anniversary of STATIC-X's platinum-certified "Wisconsin Death Trip" album and pays homage to the group's late frontman Wayne Static.

STATIC-X broke the news of the cancelation in a social media post last night. The band wrote: "We are very sorry to announce that the STATIC-X show at Levels in Scranton PA on 6-30-2019 has been cancelled.

"This is an isolated incident, resulting from a misunderstanding of the stage size at the venue and its ability to support the production associated with a tour of this size.

"We know that the fans in Scranton will be very disappointed, as are we.
However, this USA tour is as much about memorializing Wayne Static, as it is about anything else… If we are unable to project Waynes face on the big screen for everyone to see and celebrate, it just doesn't feel right…

"Again, we are very sorry that we will be unable to perform as scheduled, and we hope that we will be able to see the fans in the Scranton PA area sometime in the near future.

"Tickets will be refunded by the promoter.

"Anyone who purchased a meet and greet from the bands will be refunded immediately!

"This is nobodies fault, It was an over site / misunderstanding."

STATIC-X kicked off its reunion tour on June 18 in Tempe, Arizona. The trek features co-headliner DEVILDRIVER and support from DOPE.

While the identity of STATIC-X's touring singer has not been officially revealed, strong rumors suggest that DOPE frontman Edsel Dope is pulling double duty during the trek and performing with bassist Tony Campos, drummer Ken Jay and guitarist Koichi Fukuda.

We are very sorry to announce that the Static-X show at Levels in Scranton PA on 6-30-2019 has been cancelled..
This is... 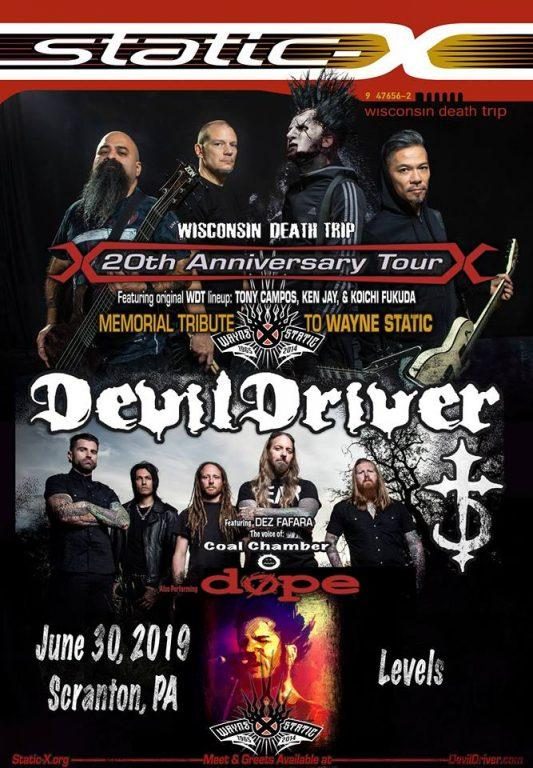