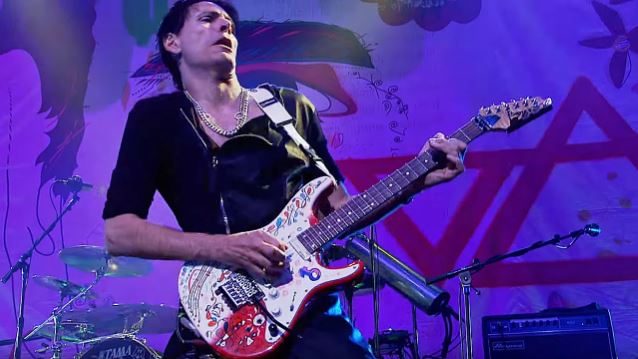 This strategic partnership is a reflection of the synergy created by the respect that Vai's Favored Nations has garnered as the record industry's leading boutique guitar-oriented recording label, and the strength offered by Mascot Label Group as one of the bigger, still growing and dependable independent purveyors of recorded music in the world.

Ed Van Zijl of Mascot Label Group says: "This is another great step for Mascot Label Group. We are always looking to move forward and collaborate with the best musicians and minds in the business, so we are very excited to be working with the prestigious Favored Nations Entertainment and with the great Steve Vai. Our future together will be very exciting."

Steve Vai will continue to spearhead his label's artists and repertoire department, but Favored Nations Entertainment will now benefit from the advantages of Mascot's well-established business structure, which will provide strong marketing, publicity, and distribution on a worldwide basis.

Vai says: "We are absolutely thrilled that Favored Nations will be partnering with the Mascot label in Mascot overseeing all Favored Nations day-to-day biz. Ed Van Zijl and Mascot have a powerful infrastructure including marketing, accounting, distribution and artist development and have always been a tremendously artist friendly camp. This partnership will also be freeing up more of my time to focus on the A&R function I enjoy most in owning a label.

"And I'm happy to report my first signing under this new deal, THE MUTUAL ADMIRATION SOCIETY presented by Sterling Ball, John Ferraro and Jim Cox. This record is a dream treat for the lovers of melodic beautiful-sounding guitar. Along with the special guest artists who have contributed to this record, Sterling Ball's unique technique and tone on the guitar is a surprise highlight."

In addition to all future Favored Nations products, Mascot Label Group will also manage the re-release of the label's back catalogue.

Sterling Ball says: "When John Ferraro, Jim Cox and I set out the make this record, it was a passion project to celebrate our love for music and guitar. It's since grown to an incredible project featuring some of the greatest guitarists in the world, and more importantly life-long friends. It's beyond an honor to be the first release by Steve Vai on Favored Nations, whom I consider to have one of the most discerning voices in guitar-related music today."