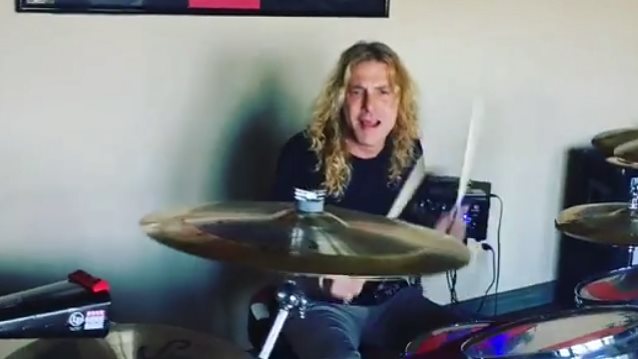 Video footage of the performance can be seen below (by Jessica Chase).

Adler recently said that he "would love to" perform with GUNS N' ROSES again.

The drummer reunited with GN'R for the first time in twenty-six years during the 2016 leg of the "Not In This Lifetime" tour.

Adler appeared with GUNS N' ROSES onstage last November in Buenos Aires, Argentina, as well as on three separate occasions during the U.S. leg of the "Not In This Lifetime" tour in the summer of 2016.

This marked Adler's first appearance with GUNS N' ROSES since 1990, although he performed with members of the band at their 2012 induction into the Rock And Roll Hall Of Fame.