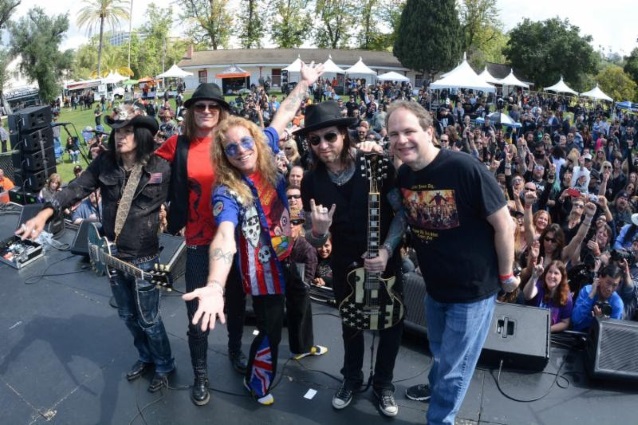 The Ronnie James Dio Stand Up And Shout Cancer Fund has announced the fourth annual Ride For Ronnie motorcycle ride and concert, taking place May 6. The ride from Harley-Davidson of Glendale to Los Encinos Park in Encino will raise awareness and funds for cancer prevention and research for a cure. The afternoon concert in the park will be hosted by radio and television personality Eddie Trunk, and feature live music from the various artists listed below. Last year's Ride raised over $40,000 for the Dio Cancer Fund.

Riders will assemble for a continental breakfast at Harley-Davidson of Glendale with kickstands up at 11:00 a.m. The Ride will take them around the northern edge of the San Fernando Valley to Los Encinos Park in Encino, where they will be treated to an afternoon of live music, raffle, live auctions, food trucks and much more.

A silent auction booth will have many amazing items available to bid on throughout the afternoon, while live auctions, featuring one-of-a-kind rock collectibles, will be held from the stage between artist performances.

Beer, wine, sodas and water will be available for sale, as well as delicious foods from food trucks including Slammin' Sliders and G's Taco Spot.

For information and tickets, go to this location. 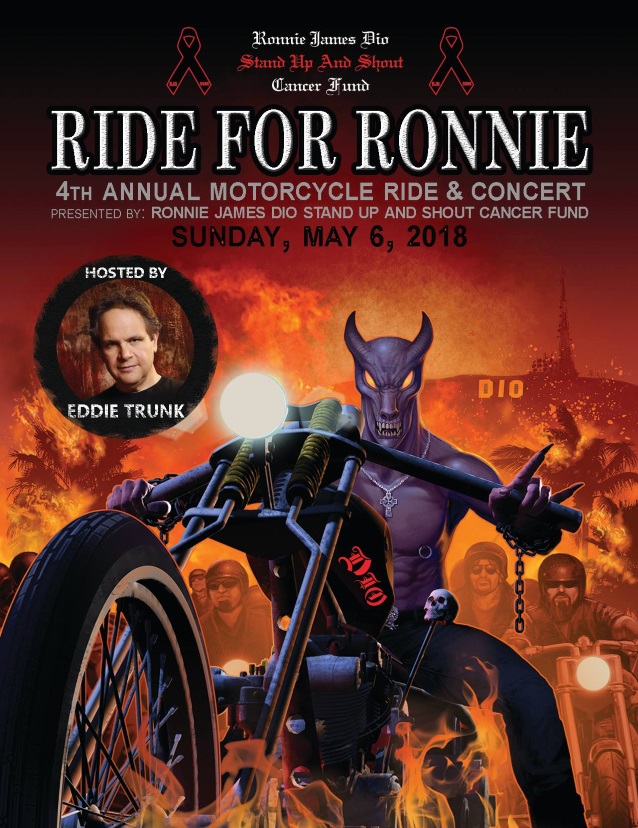